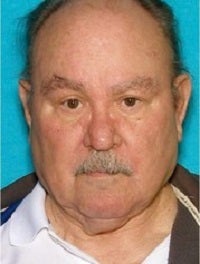 KOSCIUSKO COUNTY, Ind. (WISH) – A statewide Silver Alert has been issued for a missing 76-year-old man.

According to the Indiana State Police, Monte Wilson was last seen on Sunday, June 14 around 7 p.m.

Wilson is described as a white male who is 5’6″ tall, weighs 200 pounds and has brown hair and brown eyes.

Police said Wilson may be driving a black 2020 Ford Escape with a temporary Indiana license plate.

At the time of his disappearance, he was seen wearing a green or blue shirt, shoes and a hat. Authorities were unsure about the color of his shoes and hat.

Wilson is believed to be in danger and possibly in need of medical assistance.

Anyone with information on Wilson’s whereabouts should contact the Kosciusko County Sheriff’s Department at 574-267-5667.