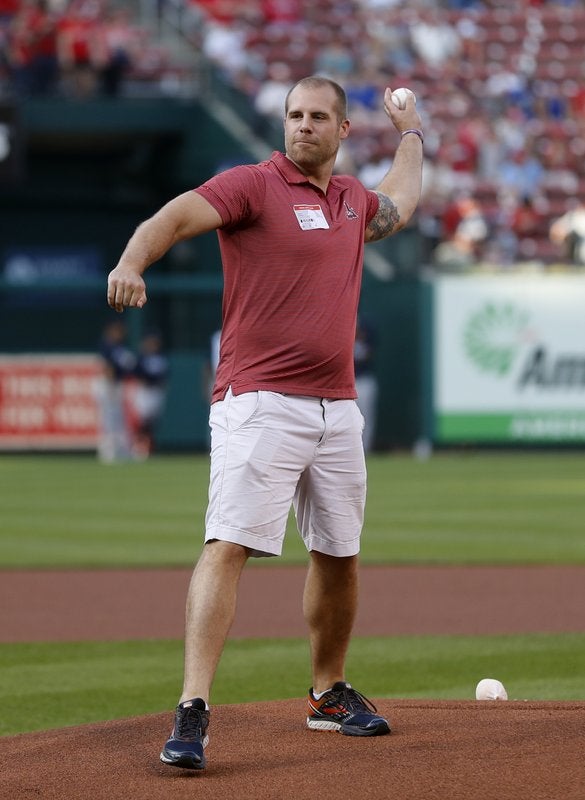 MAHOMET, Ill. (AP) — The teacher credited with saving lives by tackling a shooter at a suburban Indianapolis middle school says the attention he’s received since is gratifying, but sometimes over the top.

Seaman accepted an invitation to throw the first pitch at Friday’s St. Louis Cardinals game, and he will be a grand marshal for Noblesville’s July 4 parade and the Oct. 20 homecoming at his alma mater Southern Illinois University.

Seaman told The (Champaign) News-Gazette during a visit to his parent’s home in Mahomet, Illinois, that he knows people want to show their appreciation, but that he “was just helping kids who need to be helped.”