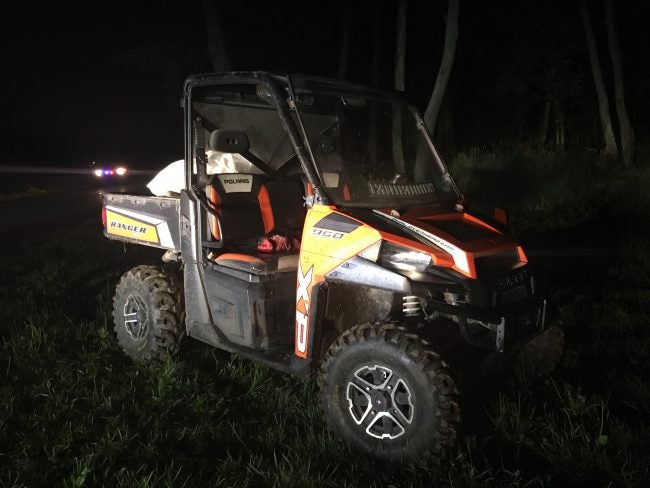 It happened just after midnight when authorities responded to the call.

Early investigations showed the driver was at a high rate of speed before he flipped the vehicle on it side, landing on top of 19-year-old David Williams Jr.

Williams Jr. later died of his injuries after being transported to a nearby hospital.

Officials said neither seatbelts, nor helmets were used in the crash.

The driver and other passenger of the vehicle were not injured.