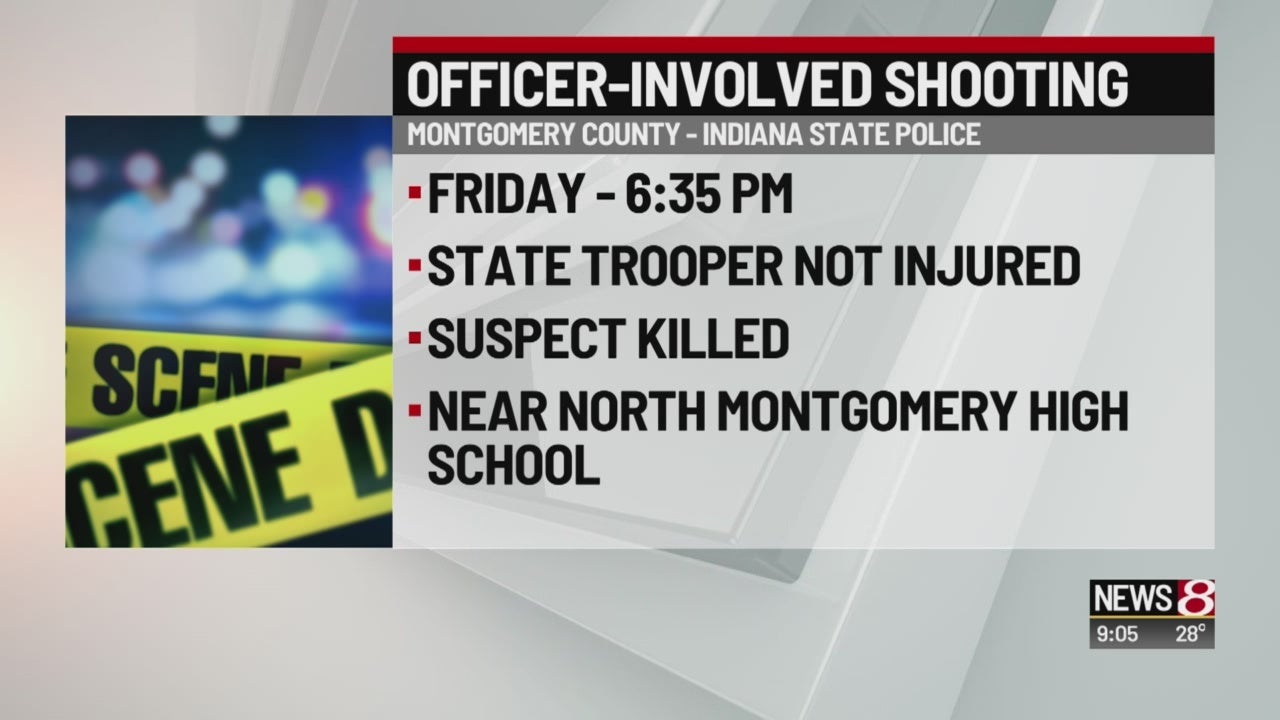 A woman told the Journal Review that her husband, 56-year-old Glenn A. Rightsell of Linden, was shot. She said he had been working on her daughter’s car in front of the high school.

The state police did not release the names of the trooper and the person shot on Friday night. The trooper was from the Lafayette post.

The suspect was taken to Franciscan Health Crawfordsville hospital and he later died, Riley said.

ISP has not said what kind of crime he was suspected of.

A news release from Riley said, “The Indiana State Police Detectives and Crime Scene Technicians are on scene at this time conducting the investigation and when completed will provide the Montgomery County Prosecutor with a full report. The Prosecutor’s office will decide what charges if any will result from the investigation. Name of the Trooper and suspect will be released at a later time.”