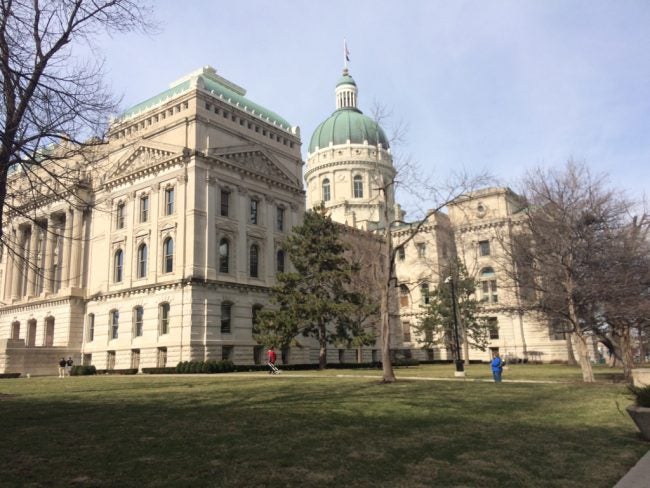 The proposal had been in a committee for nearly two weeks. After the Senate made changes to the House plan, they had to work out a compromise.

On Thursday, Republicans leaders from both chambers stood together. “Thank you for joining us here for what I consider to be a historic day,” House Speaker Brian Bosma said.

While it was all smiles, and celebrations for one side, Democrats aren’t partying. “They’re correct when they say it’s historic because it is historically the largest tax increase ever in the state of Indiana,” State Rep. Dan Forestal (D-Indianapolis) said.

INDOT said it needs $1.2 billion a year, for the next 20 years to fix roads and bridges. To get there, the bill calls for the price at the pump to increase ten cents a gallon.

The proposal includes tolling, but the governor must produce studies by next year. “Any decision to toll an actual project is subject to review by the state budget committee,” House Speaker Bosma said.

Earlier this session, Democrats proposed a plan that didn’t rely on taxes and fees. They wanted to shift the gas sales tax, use reserve funds, and cut wealthy tax breaks.

“No matter what, Republicans own this tax increase,” State Rep. Forestal said. “It has been fiscal mismanagement for a decade that has lead us to this point and the Republicans have been in charge for at least that amount of time.”

If passed, the increases begin in July, and Republicans said Hoosiers won’t have to wait long to see results. “We want them to start smelling asphalt in July,” House Speaker Bosma said.

The bill also calls for a shift in the gas sales tax. Eight years from now, every penny collected from it will go towards fixing roads.

“This plan provides the tools necessary to maintain what we have, finish what we started, and invest in the future.”

Now that this plan is out there, lawmakers have 24 hours to digest it. Both House and Senate plan to vote on it Friday. If approved by both sides, it moves to the governor.