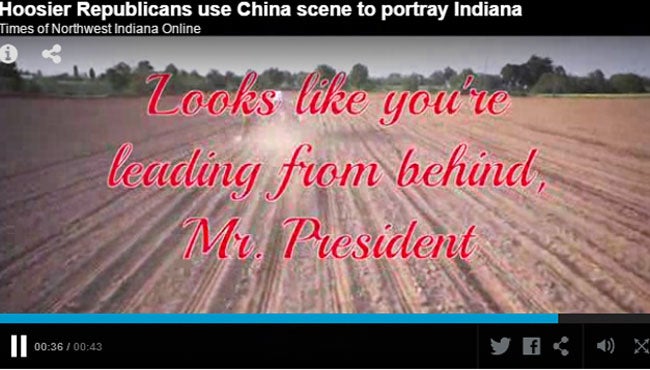 INDIANAPOLIS (AP) – The Indiana Republican Party ended up on the other side of world with a video aimed at promoting the state’s successes.

The (Munster) Times reports the video touted Indiana’s balanced budget and right-to-work law over images including a city skyline filled with construction cranes erecting four skyscrapers. The problem was that large signs near the buildings were written in Chinese.*Story continues below video:

GOP Chairman Tim Berry said the video was promoting aspects that separated Indiana from rest of the country.

Party spokeswoman Erin Reece says the Chinese skyscraper images were an “unintentional oversight” from stock video. The video was later updated with an image of an industrial worker at a machine.

All Indiana Politics / 15 mins ago