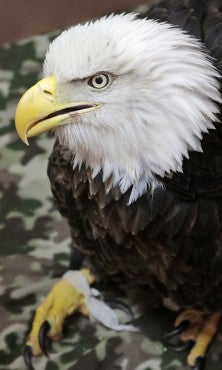 LAFAYETTE, Ind. (AP) – The number of bald eagles is growing in Indiana, and naturalists say that’s a good sign for rivers and streams.

The eagle population disappeared in the early 20th century, but the Indiana Department of Natural Resources reintroduced the birds to the state more than 20 years ago. Purdue forestry professor Barney Dunning tells WLFI the population has taken off since then.

Dunning says he’s aware of at least 19 nests around the Wabash and Tippecanoe rivers and Wildcat Creek.

He says the presence of the predatory birds signals that the river ecosystem is also healthy.