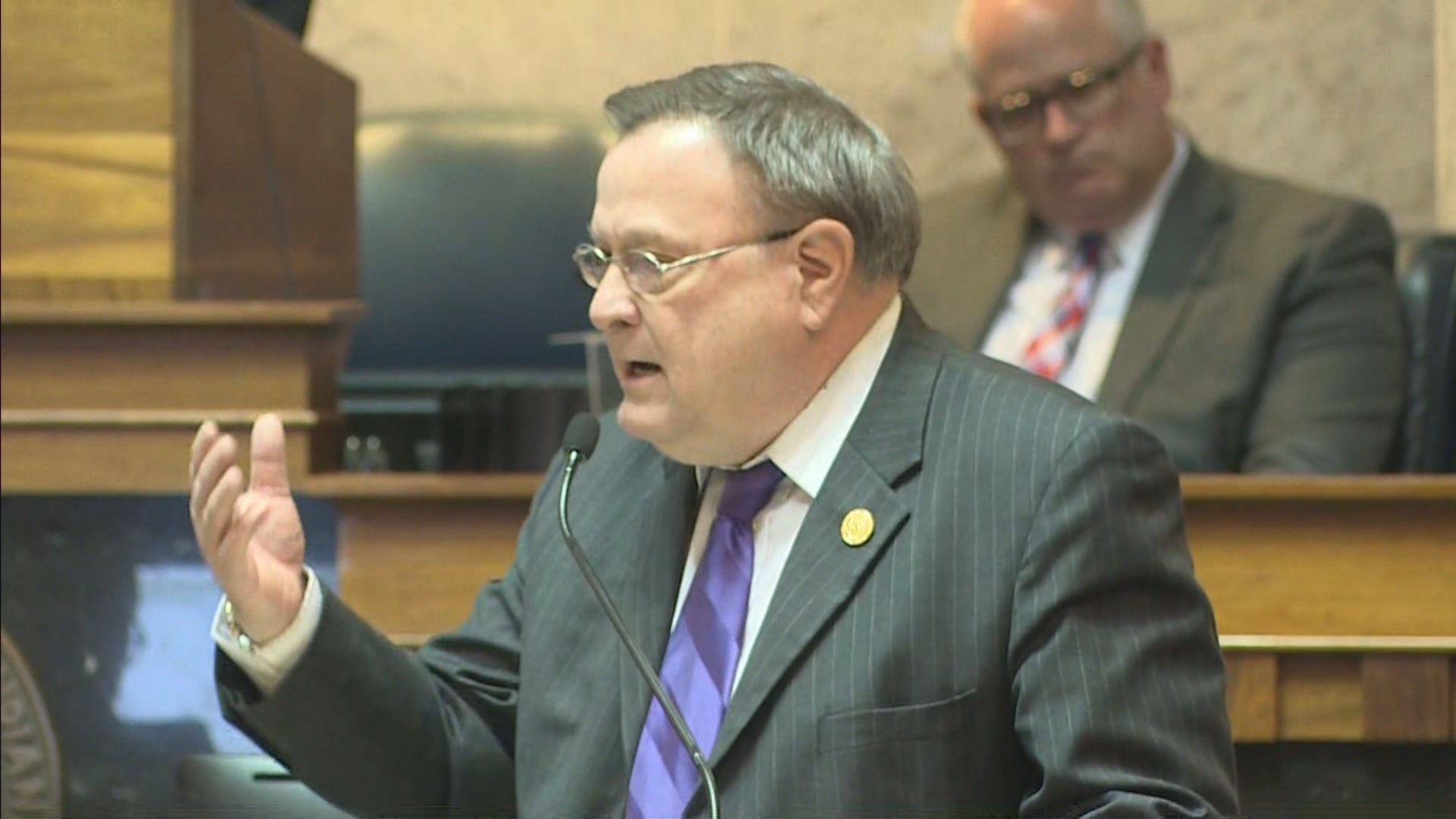 The Indiana Senate on Thursday afternoon passed an amended hate crimes bill, leaving it without characteristics including race, age, religion, gender identity and sexual orientation. The legislation passed 39-10. The measure will now go to the House of Represenatives for consideration.

INDIANAPOLIS (WISH) — On Tuesday night, a majority of Indiana senators made a drastic change to a hate crimes bill.

A list of protected groups was taken out, leaving some lawmakers and Gov. Eric Holcomb upset.

After that big change to the the bill, the dust settled Wednesday at the Statehouse. The bill is scheduled for a full Senate vote on Thursday. If passed, it heads to the House of Representatives.

Amendment 2 deleted specific characteristics from the original Senate bill. Those included race, age, religion, gender identity and sexual orientation. Amendment 2, which was the only one lawmakers passed Tuesday, called instead for judges to issue enhanced sentencing for “bias.”

“There were not 26 votes to pass what came out of committee on Monday. I feel Aaron Freeman’s opinion is that I would rather try,” the Republican from Indianapolis said Wednesday. “I would rather try and do something. I want to find a compromise. I hope both sides can decrease the level of tension here.”

Democratic state Sen. Greg Taylor is the original bill’s co-author. He has pushed for years for a hate crimes law. Indiana is one of five states without one. The others are Arkansas, Georgia, South Carolina and Wyoming.

State Sen. John Ruckelshaus was one of the handful of Republicans to vote “no” on the amendment.

“I’m going to continue to work with the governor all through the process to try to put that list back in, or other methodologies, so we can all get back to the same place,” the Indianapolis Republican said Wednesday.

“It’s possible,” Sen. Taylor added. “I pray that it happens.”

State Rep. Robin Shackleford, a Democrat from Indianapolis, and chair of the Indiana Black Legislative Caucus, issued a statement Wednesday about the future of bias crimes legislation in the 2019 session:

“We share Gov. Holcomb’s disappointment at what the Indiana Senate supermajority did. Like the governor, the IBLC recognizes there is ample time to make things right before the end of the 2019 session.

“The battle now moves to the Indiana House. We know that the Speaker and his leadership would prefer this matter to simply go away, and that we pass Senate Bill 12 without a peep.”

So, what happens to the bill next?

The author of the amendment, Freeman, said, “I want both sides to work together, and I want to find a compromise on this issue. If the House can use my amendment and make it better and find something that works, God bless them, and I hope they can do it.”