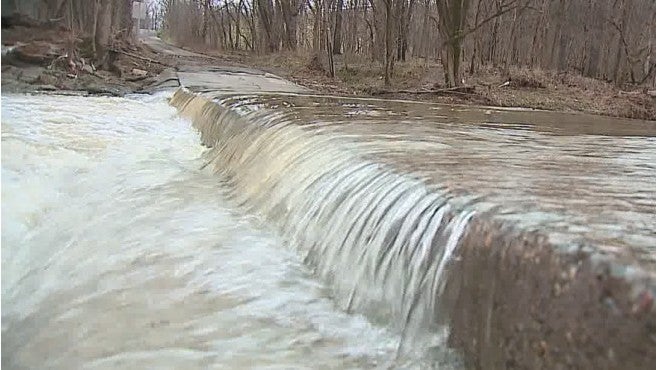 The bridges consist of slabs of concrete that sit low.

The reinforced structures sit so low that it makes it easier for water to pass over them when floodwaters are high.

It’s unclear if Jackson was familiar with the bridge.

Slab bridges are found across Indiana. They are typically over creeks and low bodies of water.

Indiana state Sen. Jean Leising lives in Franklin County. During a Wednesday interview, Leising said major improvements have been made to the roads and bridges in the county. But, she admitted, more work needs to be done.

“It is a statewide problem for county roads and county bridges,” the Republican senator from Oldenburg said.

Leising pointed to the state’s Community Crossing grant program. The grant is a partnership between the Indiana Department of Transportation and cities, towns and counties. The grant allows communities to make suggestions to improve their roads and bridges. Community Crossings is a partnership between INDOT and Hoosier communities, both urban and rural, to invest in infrastructure projects that catalyze economic development, create jobs and strengthen local transportation networks.

Currently. there is no word if any changes are in the works for the Pipe Creek Road bridge. Franklin County commissioners did not immediately respond Wednesday night to find out about possible improvements to that stretch.