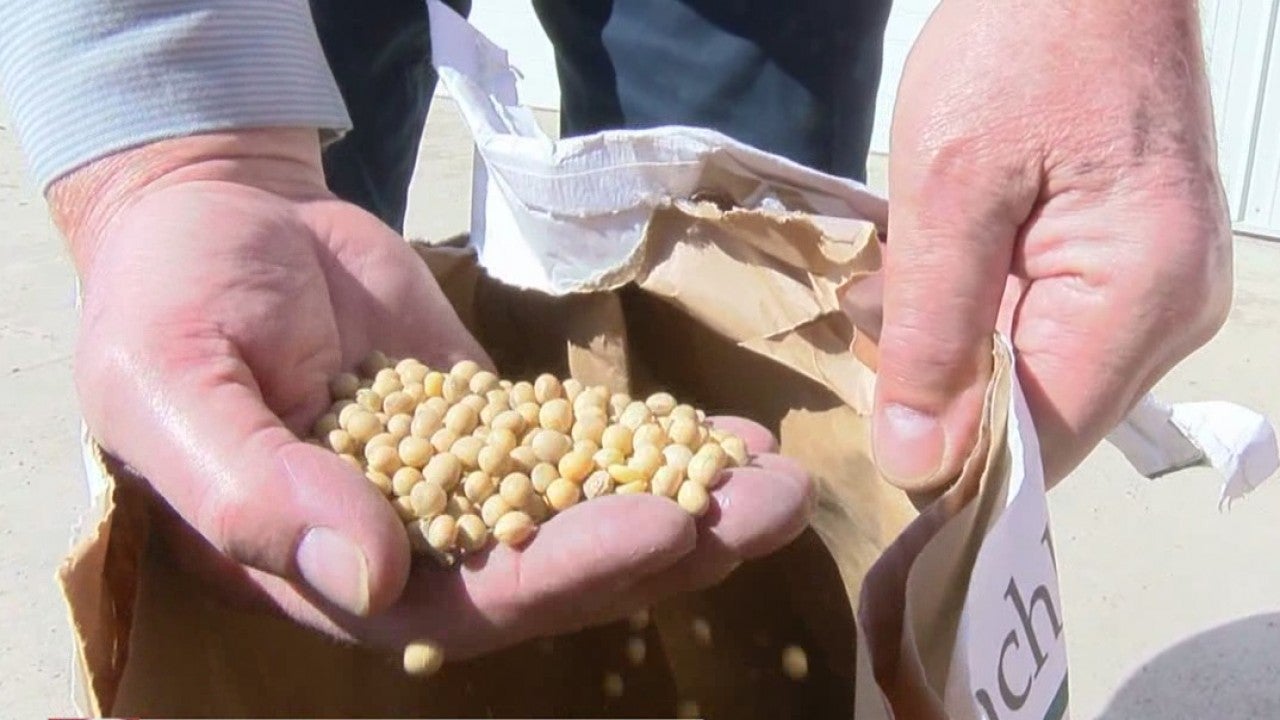 The proposal came after the Trump Administration announced plans for billions of dollars in tariffs on Chinese imports.

The tariff could cost Indiana soybean farmers — and shoppers.

Jim Douglas owns Douglas farms in Flat Rock, Indiana. For generations, his family has farmed on that land. These days raises pigs and grows corn and soybeans.

“It’s just kind of a thing you love to do,” Douglas said.

But many farmers across the state don’t love the idea of new tariffs or taxes on exported soybeans.

“This is probably one of the most serious issues we’ve seen in the farm economy in my lifetime,” said Jane Ade Stevens, CEO of the Indiana Soybean Alliance.

She said Indiana’s the fourth-largest soybean producer in the United States. Indiana grows about 5.94 million acres of soybeans, which is roughly 321 million bushels of the crop.

Ade Stevens said she worries about the consequences of a potential trade war with China. Sixty percent of United States soybeans are exported worldwide. The 25 percent tariff threatened by China would make U.S. soybeans more expensive for Chinese businesses, leading them to buy soybeans from other countries, including Brazil. American soybean growers would have to market their beans to other countries to make up for the loss of some of the Chinese market.

“We will probably see some farmers go out of business because this is one of the worst economic times for farmers,”  Ade Stevens explained.

A surplus of soybeans could cause the price of the crop to drop, leading farmers to grow fewer soybean plants, which could raise prices for consumers, according to the Indiana Soybean Alliance.

“We trust the administration can get through this, and we (won’t) have a tariff or trade war,” she said.

That trust is a sentiment Douglas echoes.

“I think we’re all in the camp that it’ll probably get resolved and go away,” Douglas said.