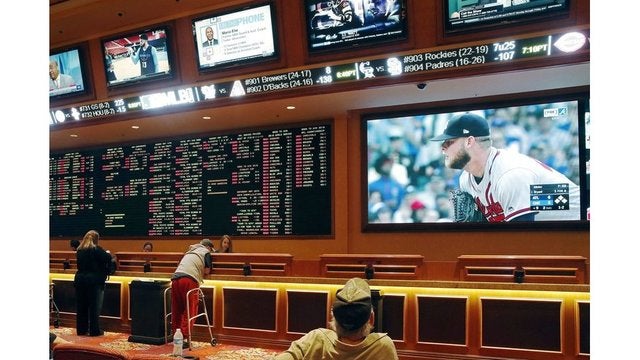 INDIANAPOLIS (Inside INdiana Business) – Online and retail sportsbooks in the Hoosier state ended their first year with generating over $430 million since launching in September. The state’s sportsbooks surpassed $160 million in bets in a month for the first time in December, which was a 10% increase from November, according to PlayIndiana.

December generated $12 million in adjusted gross revenue, which was a 29% increase from the previous month, which yielded the state $1.1 million in taxes. The $433.4 million in bets and $42.7 million in revenue since September, puts Indiana as the fourth-largest sports betting market in the country.

“Indiana’s ascent to one of the largest sports betting markets in the country has been impressive by most any measure,” said Dustin Gouker, lead analyst for PlayIndiana. “The question for 2020 is whether Indiana can sustain its rate of expansion, especially as neighboring states become more likely to legalize sports betting. That has already happened in Michigan, which could take a bite out of the handle at some of northern Indiana’s retail sportsbooks.”

Gouker says January should bring even more growth, with the NFL Playoffs continuing and basketball season heating up. Football has accounted for $178.6 million since launch and $59.1 million in bets in December alone. Basketball has totaled $82.2 million overall and $42.3 million in December.

“With the NFL Playoffs at hand and college basketball in full swing, it is possible that Indiana will surpass $1 billion in bets by March, making Indiana one of the quickest legal U.S. jurisdictions to reach that mark,” Gouker said.

Gouker says the rapid growth in Indiana is due to the state adopting online sports betting prior to other states, like Pennsylvania. The Hoosier state saw $110.6 million of December’s bets made online, which was up nearly 5% from November. DraftKings, which operates under the Ameristar Casino license, led the online market in December after accepting over $66 million in bets, up from $64 million in November. FanDuel/Blue Chip Casino generated $36 million in December, up from $23.7 million in November.

Indiana’s top retail sportsbook continues to be Horseshoe Hammond, which generated $13.4 million in December, up slightly from November. Those bets produced $1.1 million in gross receipts.