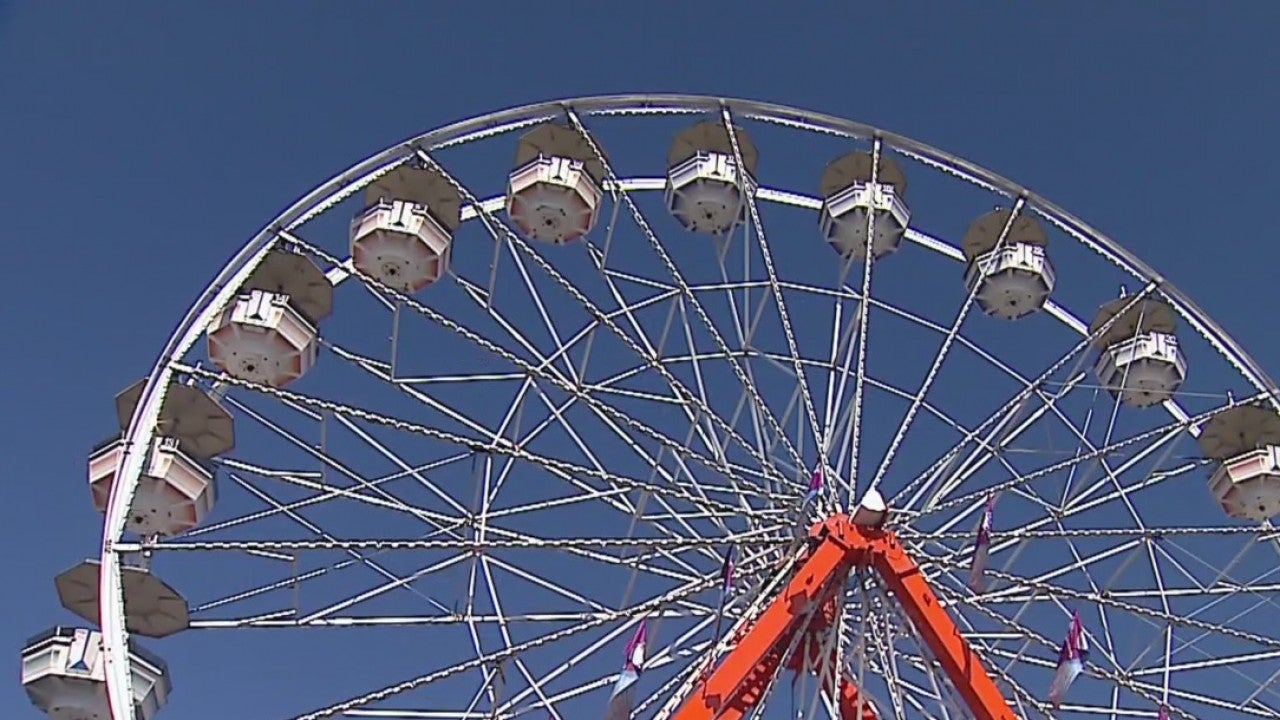 INDIANAPOLIS (WISH) — The final preparations are underway at the Indiana State Fairgrounds to make sure everything is ready for Friday’s opening day.

Food and rides are often the topic of conversation for fairgoers.

With that in mind, News 8’s Travis Robinson made it through a whole smorgasbord of fair food, and the only roller coaster he had time for. He’s happy to say it’s going to be a good year to come to the fair.

No matter where you turn when your stomach is rumbling this year, you can reliably walk up to any vendor and find some type of deep-fried goodness.

“Is there anything else at the fair?” Urick Concessions Owner Monica Urick asked. “We literally have a deep-fried day where we just come in, and it’s just a fun day where our kitchen’s closed and we just bring a bunch of food in and we start dipping it and frying it and we try to see what’s going to make the cut.”

Some people may eat any deep fried item and say they’ve had good fair food, but a lot of thought goes into finding the best way to deep fry something that tastes amazing.

Doing the same thing over and over again isn’t a bad thing though when it comes to the rides. Homeland Security has been making sure all of the rides are fit to give you a thrill, but not send you flying off the rails.

“Thing too about a ride, it is a piece of equipment,” State Chief Inspector Tom Hendricks said. “I mean, how many of you have old cars? Does your car break down? Okay, a ride may break down. A motor will go out. We check all the mechanical safeties to make sure if something happens like that that it shuts itself down then we start evacuating people off of it. That happens.”

Just to make sure it was all working right, News 8 tested out the Bullet Train Coaster. Even though there were some screams, the ride went well. But just because they’re inspected well now, doesn’t mean people shouldn’t be skeptical of anything odd they see.

“If people are going to ride a ride, look it over,” Hendricks said. “If they don’t like something, don’t get on it. Report it. We have a sticker on all of our rides that says if they see something that’s not right, give us a call. We’ll come out and check it out.”

Opening ceremonies at the fairgrounds start at 8:30 a.m. Friday. It’s also the “music for all” band day. Preliminaries will get underway at 9 a.m. and finals start at 8 p.m.

If you’re looking for something a little more rock and roll. Former Kiss member, Ace Frehley, will be performing on the free stage at 7:30 Friday night.