Indiana State Fair train in jeopardy of not running this year 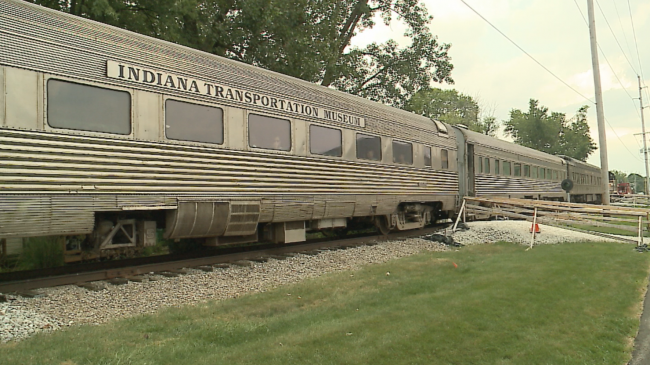 For the thousands who get there by train, might have to find a new way this year.  Last year, 15,000 people rode the fair train.

“It’s a long ride for a little one, but it’s worth it,” Indianapolis resident, Amy Mundie said. “We don’t have to worry about parking,” Fishers resident, Heather French said.

After more than 30 years of operation, those riders might be left stranded at the platform.

It’s also having to answer to the county Hoosier Heritage Port Authority. This week, the board passed a resolution listing 13 things, including track improvements, proof of insurance, and equipment upgrades,

The museum must do in order to operate. Fishers Mayor Scott Fadness also released a statement.

The Fair Train has been a valued part of the Fishers community for many years. However, the safety and security of the riders is the top priority. Under no circumstance will the City of Fishers support the operation of the Fair Train unless the safety and regulatory concerns raised by the Federal Rail Administration are addressed in a responsible manner.

I support the Indiana Transportation Museum’s efforts to correct the situation and hope that a resolution to these challenges is swift for the sake of the residents, riders and employees.”

“It’s kind of sad if they take it,” Mundie said. “I understand his point for being concerned about safety and security.”

Crews said they need the fair train as a fundraiser to cover its million dollar museum costs. A ride some neighbors said they also need as a way to keep their tradition going.

“I hope that they will make the changes because the kids need the fair train,” French said.

“I’d have to be disappointed, but I mean, it’s not a huge deal,” Fishers resident, Joe Bergin said. “I mean, it’s just one event per year, I can handle it, but I think the train is very important to our city.”

The county board has asked for an update by the beginning of August, just days before the fair starts.