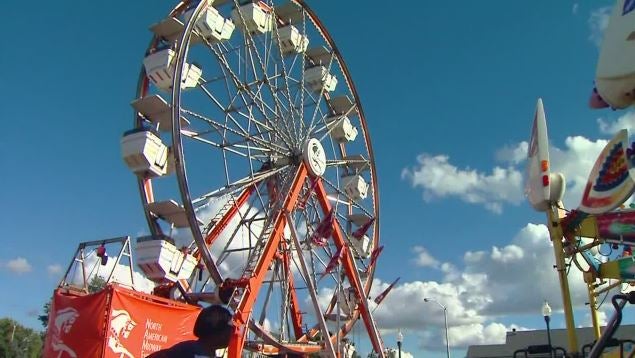 “It’s finally a great day at the fair. We’ve been waiting for this,” said Cindy Hoye, speaking of conversations she’s had with fairgoers. Hoye is the executive director of the State Fair Foundation.

“Brought the kids out, rode some rides, had some great food — never lets us down,” said Malcolm Harmon, who was at the fair with his family.

“I’ve been living for today. I had to go to church and then I said, ‘I’ve got to get my praise on and then get my walking and eating on,'” said Susan Causey, attended the fair for the first time this year.

Many of those who were at the fair Sunday were there for their first time this year, primarily due to the weather.

“I feel like the rain held us back,” Mary Aaron said.

“We had four days of what I would call oppressive heat and then nine days of rain,” Hoye said.

The fair is put on for 17 days, meaning there were only four good weather days.

Some things were unaffected by the rain and heat. The livestock auctions went on, so did the free concerts. And the beer exhibition returned for a second time.

“Can’t pass it. Indiana, you can’t pass it,” said Aaron Gardner, while drinking local beer in the Grand Hall.

Others simply came for the food.