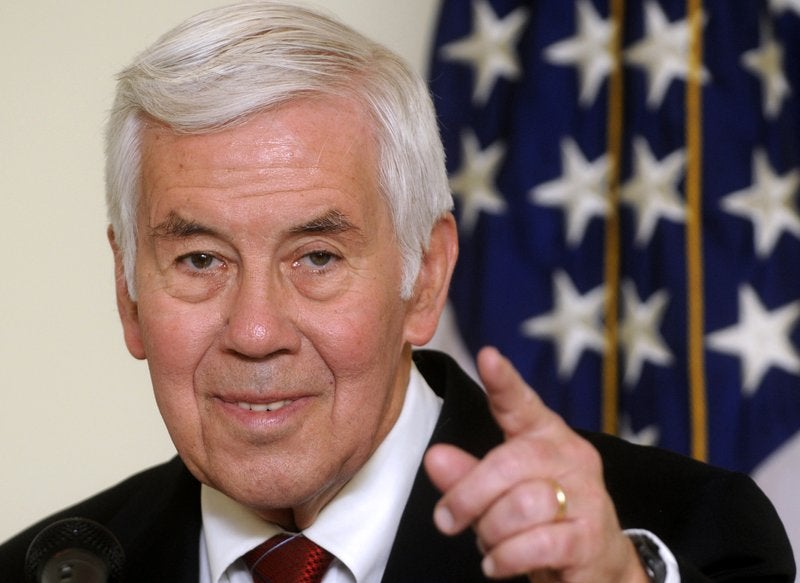 INDIANAPOLIS (AP) — Two days of memorial services for former Sen. Richard Lugar will begin with a tribute at the Indiana Statehouse.

The senator’s casket will be brought into the Statehouse Rotunda for a midday Tuesday ceremony that will include remarks by Indiana Gov. Eric Holcomb, followed by about eight hours of public viewing.

Lugar was a longtime Republican senator and former Indianapolis mayor who’s been hailed as an “American statesman” since he died April 28 at age 87.

Lugar will lie in repose in the Rotunda until noon Wednesday, followed by his funeral beginning 1 p.m. at St. Luke’s United Methodist Church on the north side of Indianapolis.

Lugar helped spur the dismantling of thousands of former Soviet nuclear weapons while serving in the Senate from 1977 until 2013.