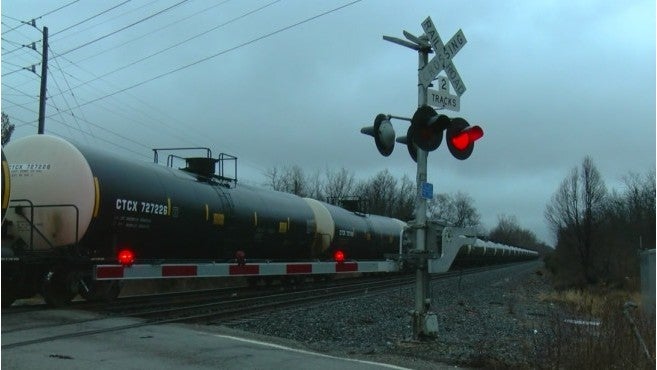 The 16-page ruling threw out the state law that allowed municipalities to give a fine of at least $200 to conductors when trains sat stopped for at least 10 minutes.

The court ruled it is the federal government, not the state, that can mandate rules on train operations. The ruling also said the 10-minute limit could even cause problems when it comes to operating the trains safely.

Greenwood Mayor Mark Myers said he believes the safety issue lies with public safety, though, when trains sit for an extended period of time, blocking a street.

“It ties the local’s hands, it ties the state government’s hands, that it’s going to be all right to block rail crossings and there’s nothing that we can do about it,” he said.

In Greenwood, the main fire station is just a block away from a set of tracks.

“It doubles our response time to get an engine from our downtown station to have to reroute to go over the only overpass that we have in the city and loop back around,” he said.

Trains stopping became such a problem in Greenwood that back in February, Mayor Myers told News 8 he would encourage his police department to start issuing citations.

He said the police department never had to because the train companies worked with the city to fix the delays.

The reason this case was heard was because the railroad company had more than 20 citations up in northern Indiana for this very issue.

It remains unclear if there will be an appeal.