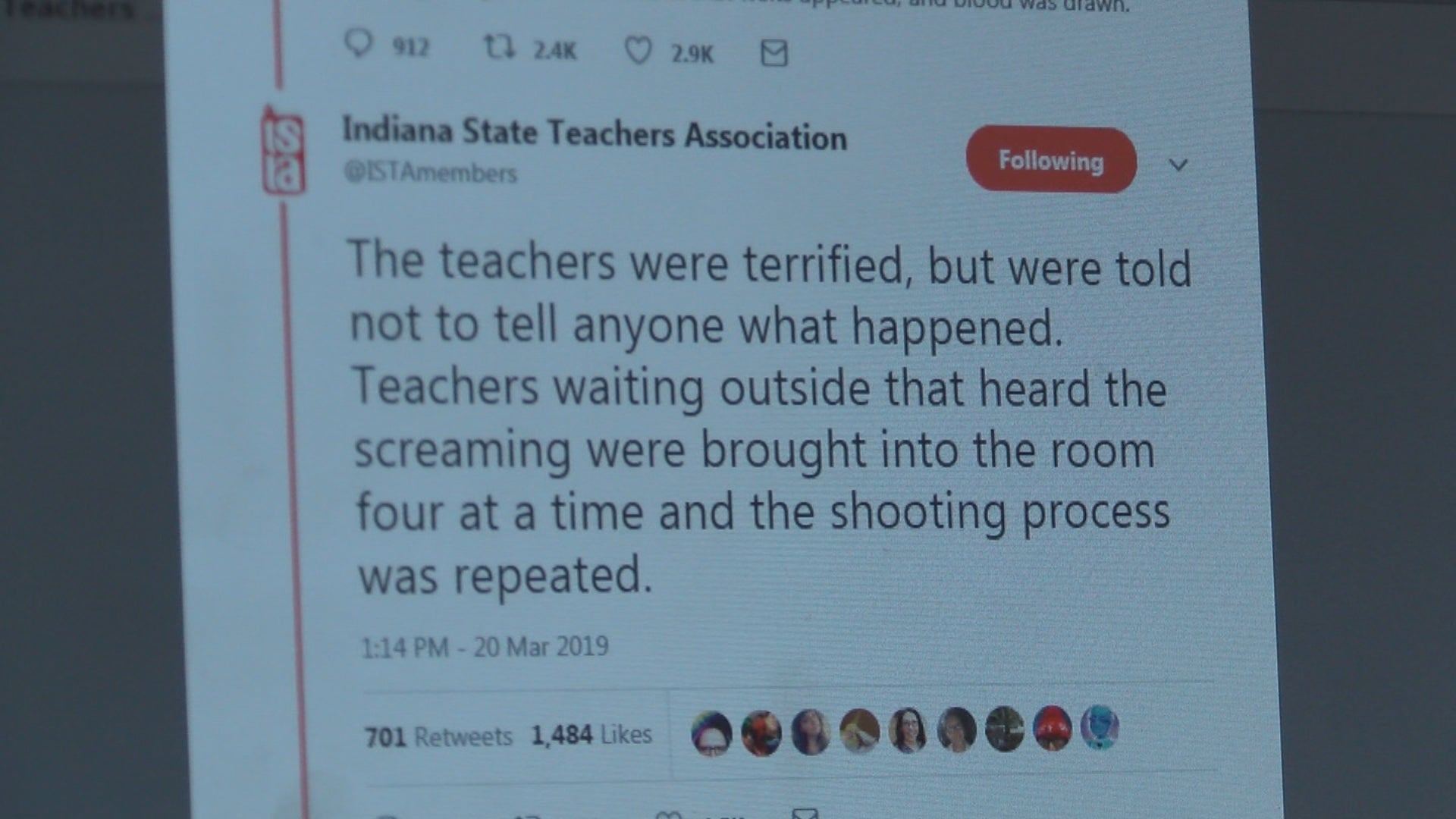 INDIANAPOLIS (WISH) — Some Indiana teachers said they were left with painful welts and other injuries after going through a mandatory active-shooter training at an elementary school.

The state’s largest teacher’s union is calling for changes.

An active-shooter training that happened in Monticello in White County stirred up some discussion at the Statehouse.

The Indiana State Teachers Association (ISTA) said a House bill that, in part, requires schools to do active-shooter training needs to have restrictions added to protect teachers from what happened in Monticello, which is about 60 miles northwest of Indianapolis.

The White County Sheriff’s Department hosted ALICE training at the elementary school. ALICE is an acronym for alert, lockdown, inform, counter and evacuate.

Trainers called teachers, who were in groups of four, into a room where they were told to crouch down.  ISTA said deputies then shot the teachers “execution style“ with “some kind of projectile.“

Teachers reported to ISTA that they were left with welts and blood was drawn.

The teachers were told not to tell anyone, and the process was repeated with other groups of teachers.

The executive director for ISTA said that choosing to shoot fake bullets at teachers shows a lack of common sense.

“Our view is that no teacher, no educator, should be put in a small room and shot at as part of a training process for active-shooter training,“ said ISTA Executive Director Dan Holub.

While ISTA said the bill is “a positive step in addressing root causes of these school tragedies,“ they want the bill to place what they call a “reasonable limit“ on these drills.

The ALICE training does not require any type of fake bullet be used.

The White County Sheriff’s Department has not responded to a request from News 8 for comment.