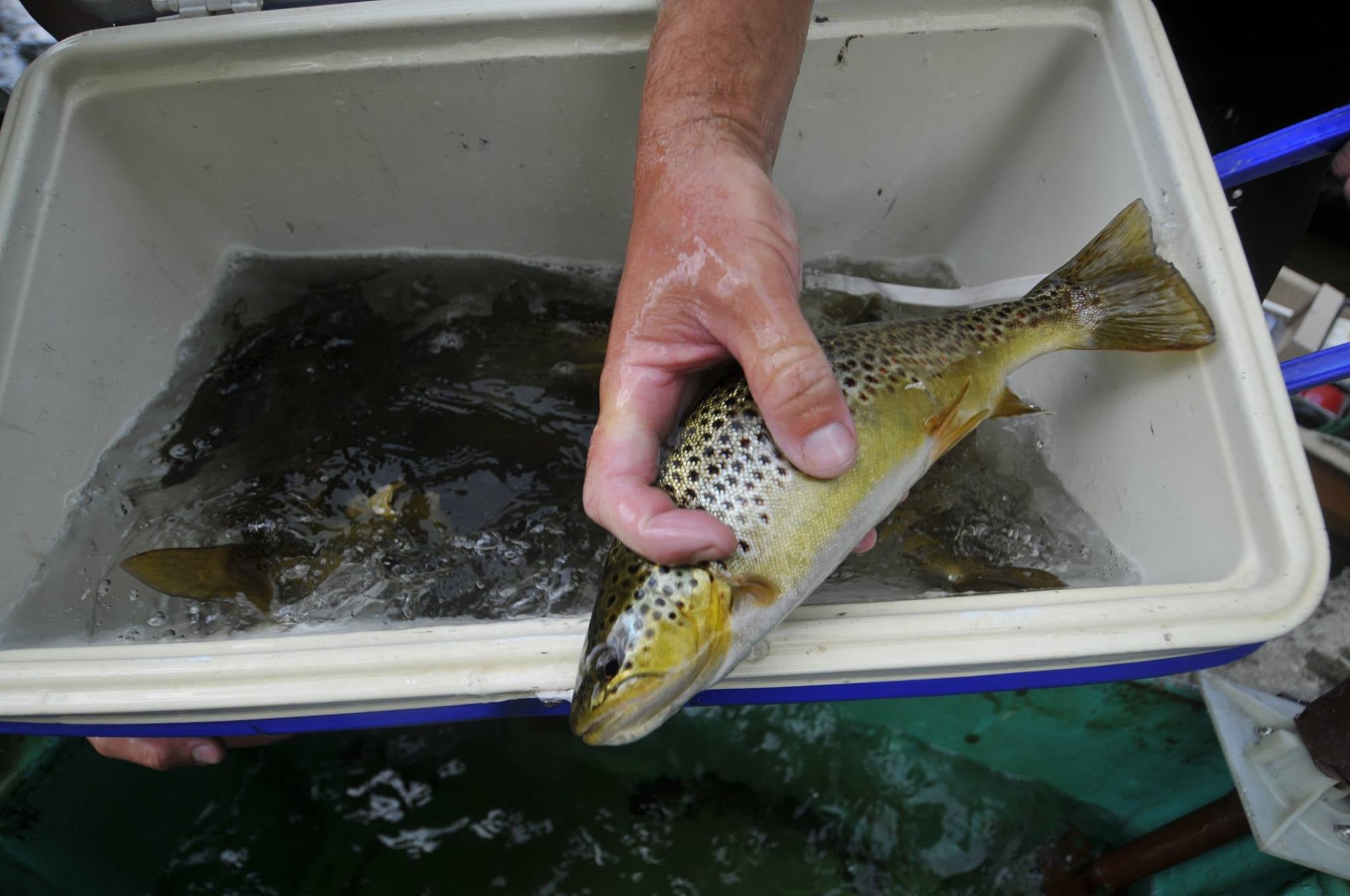 A shortage of brown trout in Illinois has spurred Indiana to turn to its northern neighbor to supply the popular game fish for an annual restocking effort.

The Indiana Department of Natural Resources says its Michigan counterpart has agreed to provide 40,000 brown trout as 6-inch fingerlings in April.

Indiana officials say that cooperative arrangement helped save the Hoosier state’s annual brown trout restocking in and along the state’s Lake Michigan shoreline.

About 30,000 of young brown trout will be stocked at the East Chicago marina, and the rest will be released into Trail Creek, a Lake Michigan tributary.

Indiana has historically received brown trout from Illinois in return for providing that state with Skamania steelhead. But production shortages this year in Illinois required Indiana to reach out to Michigan.