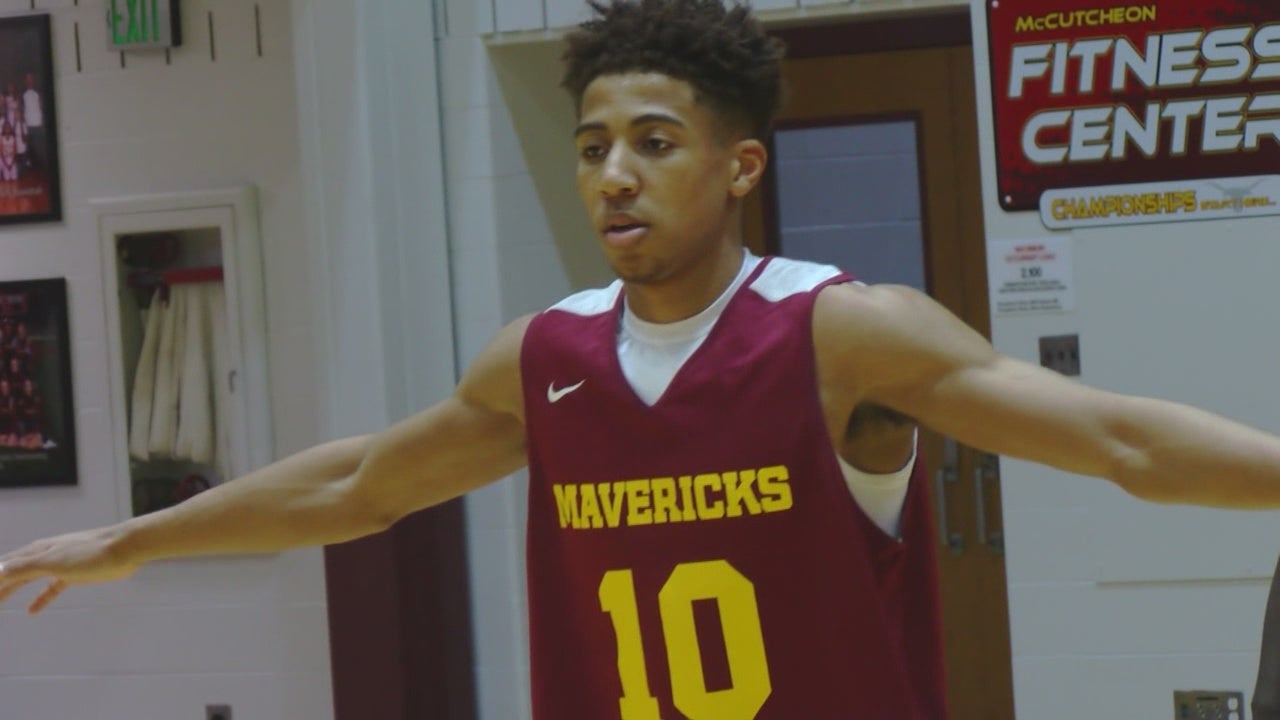 Earlier this season, Phinisee piled on 50 points and with four minutes left in the game, he took himself out eight shy of the single-game school record.

This Indiana All-Star shoe in is an outlier — and for more than one reason.

Phinisee’s mother and older brother are both proud Purdue University Boilermakers but, late last summer, the 6-foot-1 guard was leaning toward Indiana University and set to become the first Lafayette native to lace ’em up in Bloomington under scholarship since Bob Masters in 1952.

“It was a huge deal. It was really surreal, just all the coaches calling and texting me throughout the day. There was a little bit of pressure on me but I just took it slow and tried to live my normal life.”

Phinisee is a marked man in the heart of Purdue country. Tippecanoe County’s all-time leading scorer dismissed an offer from the Boilers in route to landing on Archie Miller’s first recruiting class. Starting next season, the 8-1/2-mile drive from Mackey Arena to home will feel like an eternity in cream and crimson.

“I don’t hate Purdue; I am a hometown kid. I just feel like IU is the best fit for me,” Phinisee said. “It isn’t a ‘I hate Purdue’ now because I chose Indiana. I still have love for my hometown.”

Phinesee heads behind enemy lines with no ill will. The McCutcheon Mavericks are proud. They are also prepared to make a big exception.

“No, I’m not an IU fan, only Purdue,” Mavericks forward Kelden Tyson said. “But, when we go down there he will be the only IU guy I am rooting for.”