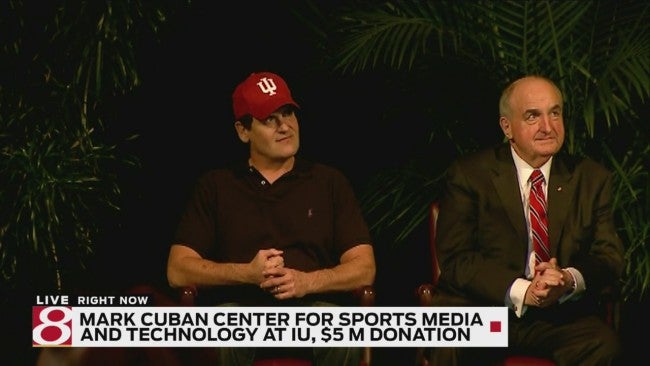 The money will create a video broadcasting and technology center called the Mark Cuban Center for Sports Media and Technology.

Cuban stated “Whatever I give to IU, it will only be a fraction of what Indiana University gave to me.”

He said the concept came from his desire to help improve the play of his Dallas Mavericks and improve the experience of the fans who come to watch the team. “I’m a geek at heart,” Cuban said. And that inspired the plan to bring such technology to the university.

Cuban believes with the 3D broadcast technology and virtual reality capability the new center will help the school recruit athletes, but he said it will do much more than that.

“When we pulled all those things together, I think selfishly, it’ll be great for IU.  But even more selfishly, I think it’s gonna create a stream of graduates that are gonna have a skill set that isn’t seen anywhere else,” said Cuban.

McRobbie said it will create on of a kind highlights and replays for the video boards at Assembly Hall and Memorial Stadium.