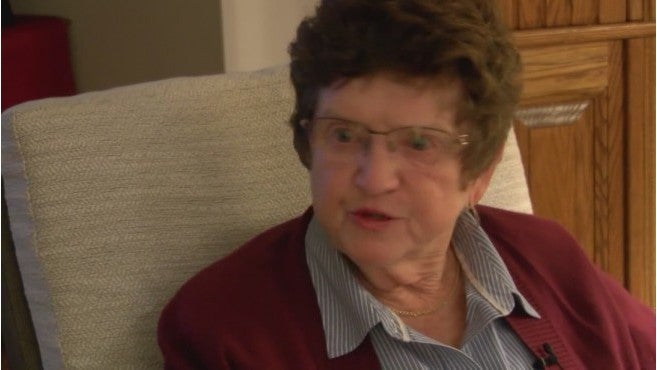 BRAZIL, Ind. (WTWO) — Linda Messmer says she likes to be an informed voter. That means she reads up on candidates and pays attention to their ad campaigns at the beginning of election season.

But, Messmer says, the negative ads relating to this year’s Indiana Senate race put her over the edge.

“They were just throwing mud and cow manure at each other, and I thought I don’t like this, I wanna get away from it, so any time an ad would come on with these two people I would mute my TV or turn off my TV or radio,” Messmer said.

She found that wasn’t enough and decided to take matters into her own hands. She bought a radio spot on WAMB in Brazil, Indiana, to send politicians a message.

“I am sick and tired of being bombarded with all the negative, hateful, mean-spirited ads. I say to all the politicians running these ads, stop it!,” said Messmer in part of the ad.

Messmer said she fears the message these negative ads are giving to the newest generation of voters.

The trend of negative ads is one that ebbs and flows in the United States but has been around for hundreds of years.

“In terms of a documented record, we have a lot from 1800, so that was John Adams was running for re-election against Thomas Jefferson, and it descended into incredible negativity,” said Chris Olsen, dead of Indiana State University’s College of Arts and Sciences.

While television ads are more regulated in other countries, where there is less money spent on campaigns, that doesn’t mean negative ads aren’t circulated elsewhere.

“Television is not the only medium anymore. Things are done on the Internet, and that negative advertising that makes it on television in the United States simply migrates over to the Internet in other countries,” said Terrence Casey, a professor in Rose-Hulman Institute of Technology’s political science department.

Olsen said that while research shows that negative ads work, due to their easy-to-understand nature, he does not want people to be discouraged about changing the current campaigning formula.

“I think it will take some sort of public response, though, and will, to kind of collectively reject that style,” Olsen said.

A public response we see in Messmer, who’s being selective about where she puts her stamp of approval.

“The only other thing I would add is ‘I’m Linda Messmer and I approved this interview,’” Messmer, said and laughed.

Olsen encouraged people to pay attention to the ends of political ads, where there will be a specific endorsement message if the candidate has approved the message. He said oftentimes the nastiest ads are not endorsed by a candidate, something voters should keep in mind.

Messmer is extending a challenge to Sen. Joe Donnelly and candidate Mike Braun to come visit her at her home to discuss these political ads and their agendas face-to-face.