Indianapolis man dies in I-69 crash in Grant County 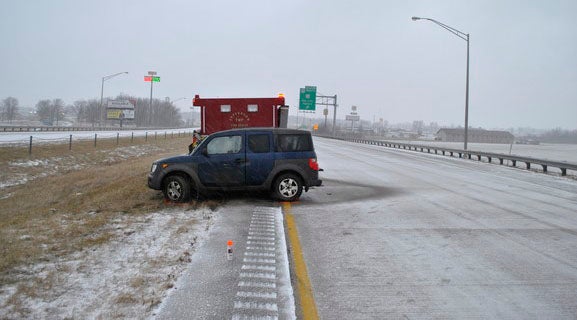 Indiana State Police about 8:30 a.m. went to a crash involving a semi near the State Road 22 exit. A Jefferson Township Fire Department firetruck arrived to assist with the crash and parked in front of a state police vehicle off the travel lanes. The vehicles were partially in the median and partially on the left shoulder with emergency lights activated, police said.

As troopers were investigating the semi crash, northbound a 2003 Honda Element SUV driven by Charles Finney went into the firetruck. The Element hit the rear of the firetruck, and both vehicle had extensive damage.

Finney was removed from the SUV and taken to Marion General Hospital, where he died.