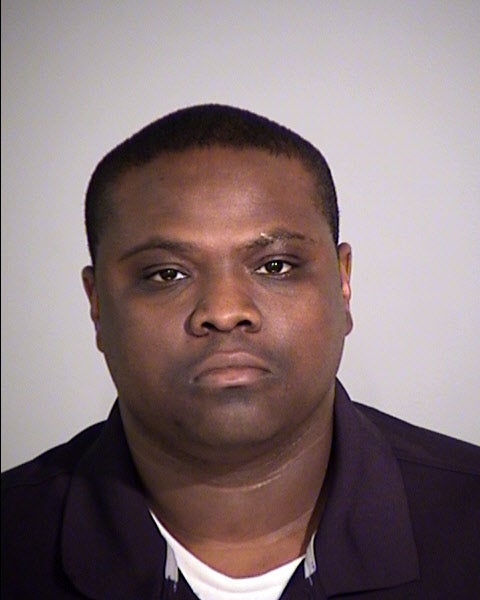 INDIANAPOLIS (WISH) — An Indianapolis man accused of posing as a police officer will face a judge Friday morning.

Melvin Hall, 28, is charged with several felony counts, including impersonating a public servant.Hall was arrested in the 700 block of Greenwoods Drive Wednesday.

Some people living right next to the 28-year-old said they are surprised by the charges filed against him.

One neighbor said she had no idea what was going on yesterday when she saw the swat team on her block telling people to go inside.

Hall is sitting in jail as of Thursday night. Police said his days of pretending to work for the Indianapolis Metropolitan Police Department and the Marion County Sheriff’s Office are over.

“I believe I had left for work five or ten minutes before and was told that quite a large presence of police officers came through the neighborhood and made an arrest two doors down,” said Steve Franklin, neighbor.

Steve Franklin has lived in the neighborhood for about 16 years. He told 24 Hour News 8 that Hall ran a security firm patrolling fairs and movie theaters.

He didn’t think that the 28-year-old would take his role beyond in line of work.

“I had no idea that Melvin the second was in a position that he was that he was impersonating a police officer,” said Franklin. “In a way it’s a little scary maybe fuelling something that he couldn’t get?”

According to papers filed by the Marion County Prosecutor’s Office, Hall was first reported back in 2013 for pulling over a woman in a parking lot of McDonald’s off of 86th street.

It happened right across from Studio Movie Grills, where Hall was working as a security guard. Detectives said Hall is the owner of Urban Tactical Response Agency LLC. and that his company was hired to do security at the movie theater.

Hall was reported again the same year by management at Eagle Point Apartments. Detectives said Hall told the manager that he worked for the west district and had “arrest powers.”

Management banned him from the property after his story didn’t check with IMPD. The complex was interested in hiring security for their property after several break ins.

“It makes you wonder what was his alternate motive for doing that, you just never know,” said Donald Taylor, Eagle Point Apartment resident.

But at one point or another, detectives said Hall’s security firm was hired by Meridian Shoreland Apartments.

One resident told detectives Hall pulled out a gun on her. She said she overheard him telling three men, who he had been chasing that he was a sheriff.

“Hopefully it was just a mistake in judgement on his part. Maybe he took the role of being a security person to the next level,” said Franklin. “There might have been some lapses of judgement on his part, but from what I know he’s a pretty good guy never had an issue with him.”

Detectives said they also have copies of receipts for several items purchased by Hall, including red and blue lights, headlight flashers, and equipment to mount his laptop in his car.

They also said they have video of him pulling up to another in his Dodge Charger with his lights on.

24 Hour News 8 stopped by his family’s home, but no one came to the door.

Hall is scheduled for a pretrial hearing early Friday morning.