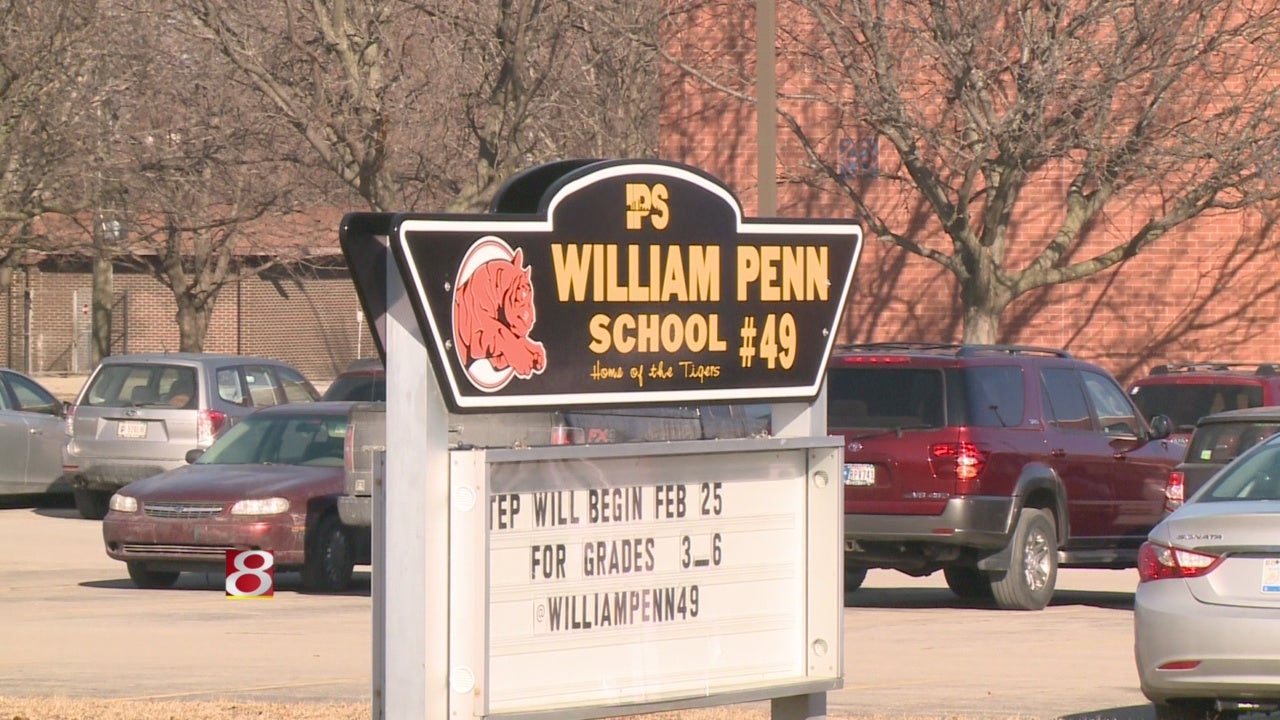 According to school district officials, the alleged incident was reported Friday at William Penn School No. 49 on the city’s west side.

“No comment,” is the response given Tuesday afternoon from Indianapolis Public School leaders when asked about the Spanish teacher accused of taping students hands and feet together. Parents filed complaint reports after the alleged incident happened. It’s unclear if the teacher is on paid administrative leave after more than five parents say their kids were inappropriately disciplined for not paying attention.

“If this is all true, criminal charges should be filed. That is abuse not discipline. I really hope tape wasn’t used to teach some sort of lesson. There are other ways to get their attention and discipline them. This is not the way,” said Ronald Eickelberry.

Christina Martinez attended William Penn when she was young and now has two children currently enrolled. Martinez says, “school officials need to fix this, treating kids like that could be humiliating and damaging. I am disappointed to hear about this, I had a great experience there when I was little.”

Parents claim up to seven students were restrained with tape and forced to stand in front of the class while the teacher took their photos. They say the teacher was trying to punish the children because they couldn’t sit still during Spanish class.

One woman says her 8-year-old son with attention deficit hyperactivity disorder had his hands taped to his sides and shoes taped to the floor. Another parent says her daughter’s ankles were bound with tape because she had to use the bathroom.

The school district says the teacher isn’t currently in a classroom.