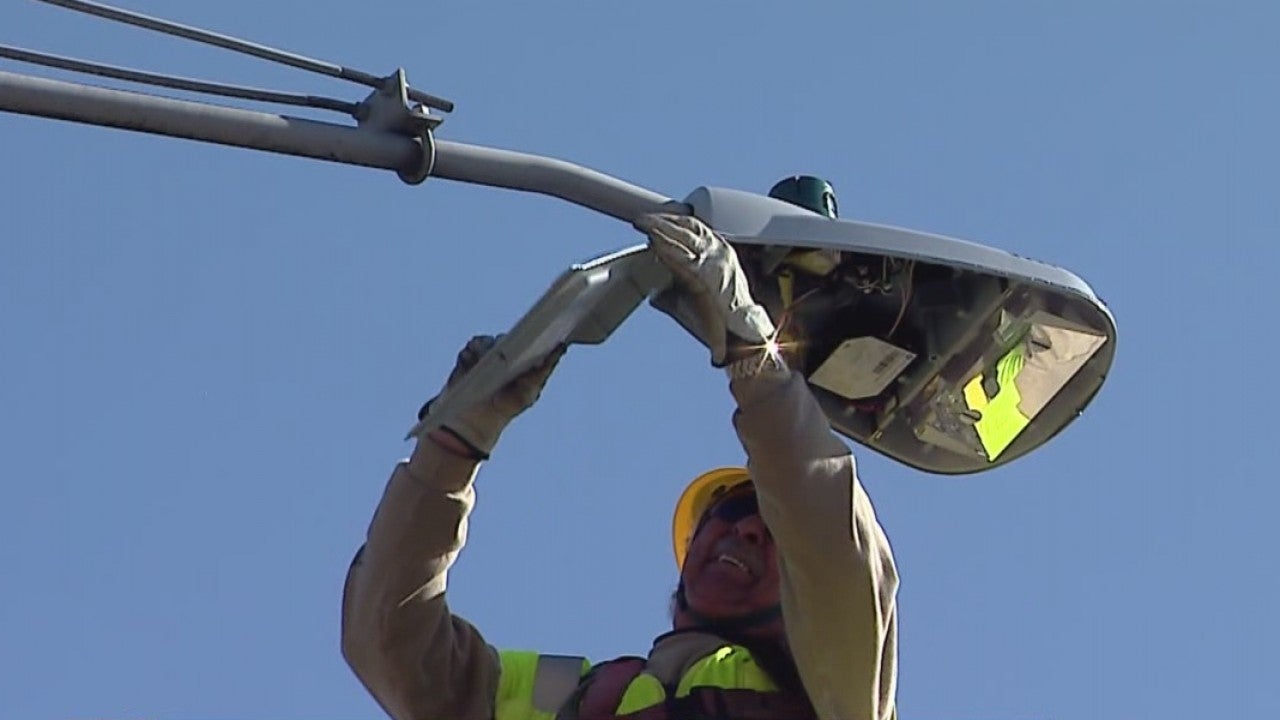 Mayor Joe Hogsett explained the lights would make the city safer, more energy-efficient, and lead to a smaller carbon footprint.

“We’re keeping our promise to light the neighborhoods throughout the city,” said Hogsett. “We have been subject to 30 years of moratorium that’s prevented the city from increasing the light in our neighborhoods. I lifted that a couple years ago.”

According to Hogsett’s office, the plan is to convert 27,000 city-funded cobra head streetlights across Indianapolis to LED lights. The LED streetlights are expected to reduce energy consumption by 50 percent and reduce carbon emissions by more than 13,290 tons per year.

“Let this process serve as a reminder that a truly sustainable community is not shaped just by innovation that is built in downtown high-rises and on corporate campuses. It is shaped by embracing innovation on every street and in every neighborhood,” said Katie Robinson, of the city’s Office of Sustainability.

The 27,000 streetlights will be retrofitted over three years with crews scheduled to complete 125 updates per week, according to Craig Jackson, president of IPL. He said it’s an aggressive schedule but certainly possible and needed.

“They will be brighter and obviously energy-efficient, which means they’ll last longer, and we think that’s a significant safety benefit for the community,” said Jackson.

“It’s a cleaner, more efficient technology that will allow us to get cost savings that are not currently available,” said Hogsett. “We intend over the next couple years to use that cost savings to create 4,000 more streetlights in needed neighborhoods throughout the city.”

Hogsett says his office hasn’t yet determined where the 4,000 new streetlights will go. That process will begin in the fall of 2018 as energy savings begin to hit the bank, according to Hogsett’s office. Residents who want to nominate their street or neighborhood for the streetlight dispersal can request it here.

Wilson Lorick lives at 38th Street and Winthrop Avenue, where the streetlight demonstration took place on Monday. His home is one of the first to see the new soft, white LED bulbs replace the orange- or amber-colored bulbs seen across the city.

“In lighting, there’s a certain amount of security,” Lorick said. “Bad lighting creates a disrespect for the positivity of the neighborhood.”

Lorick says he’s eager not only to see lights replaced, but also to see additional lights installed in his neighborhood.