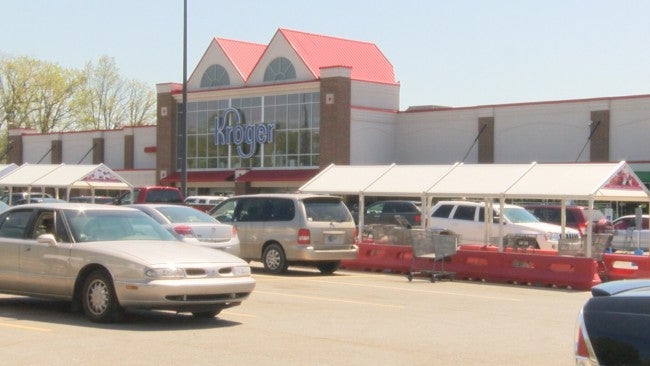 INDIANAPOLIS (WISH) — An Indianapolis woman is making a desperate plea to the woman who stole her purse. Her message is going viral on Facebook.

The theft happened in the parking lot of Kroger near 10th Street and Shadeland Avenue on April 29.

The victim is hoping that the thief will return what can’t be replaced.

“I probably should have been paying closer attention,” said Rachel Watson, theft victim.

Rachel Watson can’t help, but to blame herself for what happened in the parking lot of Kroger earlier this week.

“I think out of sight, out of mind. I pushed the cart back, I got in my car, and I started to drive off when I realized I didn’t have it,” said Watson.

Watson drove back to the store hoping that maybe someone out of the kindness of their heart would turn in her purse. But the store says that didn’t happen.

“I had several little valuable things. There’s one of the last letters that my grandfather ever wrote me,” said Watson.

Watson says her grandfather sent that letter 15 years ago.

“We used to write back and forth all the time and that was just one of the last ones I’ve gotten before he passed away,” said Watson.

Not sure about what to do next, she logged onto Facebook to vent her frustrations. The post has since been shared more than 5,000 times and liked by more than 2,000 people.

The post was also a message for the person who didn’t do the right thing. Watson posted, “I would also like… to help you get through your hard times. You don’t have to steal from people… who would give without question.”

Watson knows that her grandfather would be proud of the message.

“One of the good things that have come out of it is the inspiration that has been given and passed along Facebook,” said Watson. “It’s kind of like, he’s still here, I guess making a difference.”

The victim says police are looking over security video over at the store.

According to a police report, the security video shows a woman getting into a yellow dodge neon car.

Anyone with information is asked to call police.