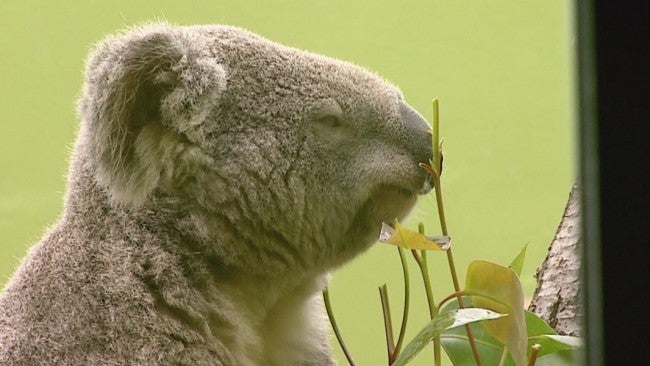 INDIANAPOLIS (WISH) – The Indianapolis Zoo is welcoming two new residents for the summer.

Koalas Milo and Thackory were out and about Tuesday to meet the press after their arrival last Monday.

The two are part of a new exhibit at the zoo called “Koala” which opens Saturday.

This is the first time the Indianapolis Zoo has had koalas since 2008, when one of Milo’s parents, Coombah, was part of an exhibit.

The two will be in an enclosure in the forests area of the zoo where visitors should be able to get a close look at the marsupials.

Members of the press were given koala masks on Tuesday, and Dave Barras had a good time with one of them on the news at noon.