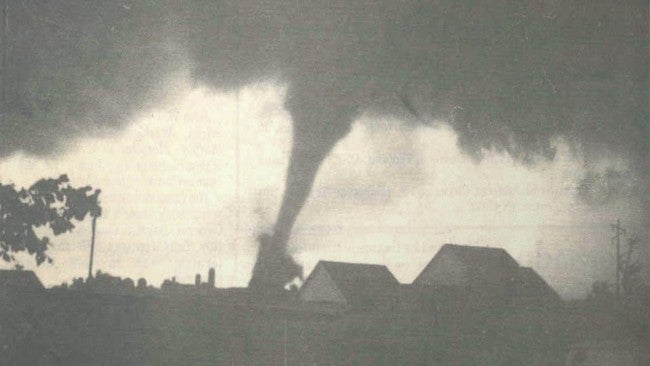 INDIANAPOLIS (WISH) – June 2, 1990 was the largest outbreak of tornadoes in Indiana’s history.

Thirty-seven twisters touched down in the state, which broke all previous records and still stands today.

The strongest of the tornadoes hit southern Indiana. Twelve Hoosiers lost their lives due to the tornadoes, with seven of those in the southwest Indiana town of Petersburg.

One-hundred-six Indiana homes were destroyed. In central Indiana, the worst damage was in Lawrence County, near Bedford, where an F-4 tornado destroyed 12 homes, leveled several businesses, and killed one person.

Other parts of the Midwest saw tornadoes as well. Counting Indiana, 65 tornadoes touched down that day across the Ohio Valley.