INDOT employee airlifted to Indy after being pinned under work truck 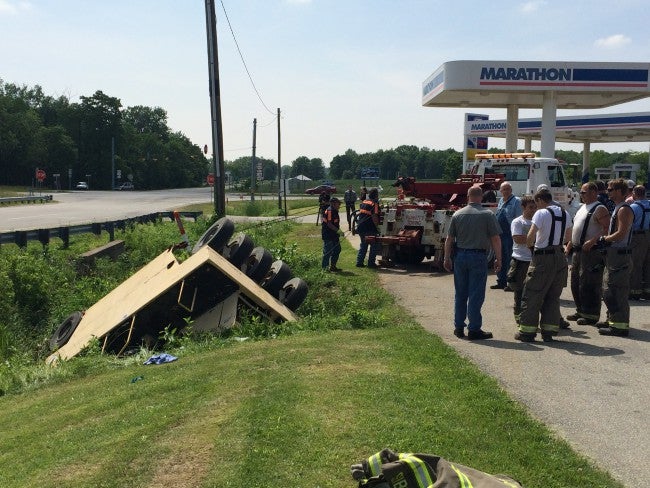 FOUNTAIN COUNTY, Ind. (WLFI) – An employee with the Indiana Department of Transportation has serious injuries after getting trapped under an asphalt roller, near Veedersburg in Fountain County.

The incident occurred around 3 p.m. Wednesday near U.S. 41/U.S. 136. The Fountain County Sheriff’s Office says the INDOT driver apparently went onto a soft bank, where the truck rolled over and trapped the man.

The victim was pinned under the asphalt roller for about 15 minutes until a tow truck arrived and relieved the pressure, allowing crews to rescue the man. The driver’s name is not being released at this time.

Officials shut down the highway momentarily to allow a medical helicopter to land. The victim was taken to St. Vincent Hospital in Indianapolis. There’s no word at this time on the extent of his injuries.

Crews used the tow truck to get the asphalt roller out of the ditch. The INDOT supervisor thinks the driver stopped at the gas station to refuel.