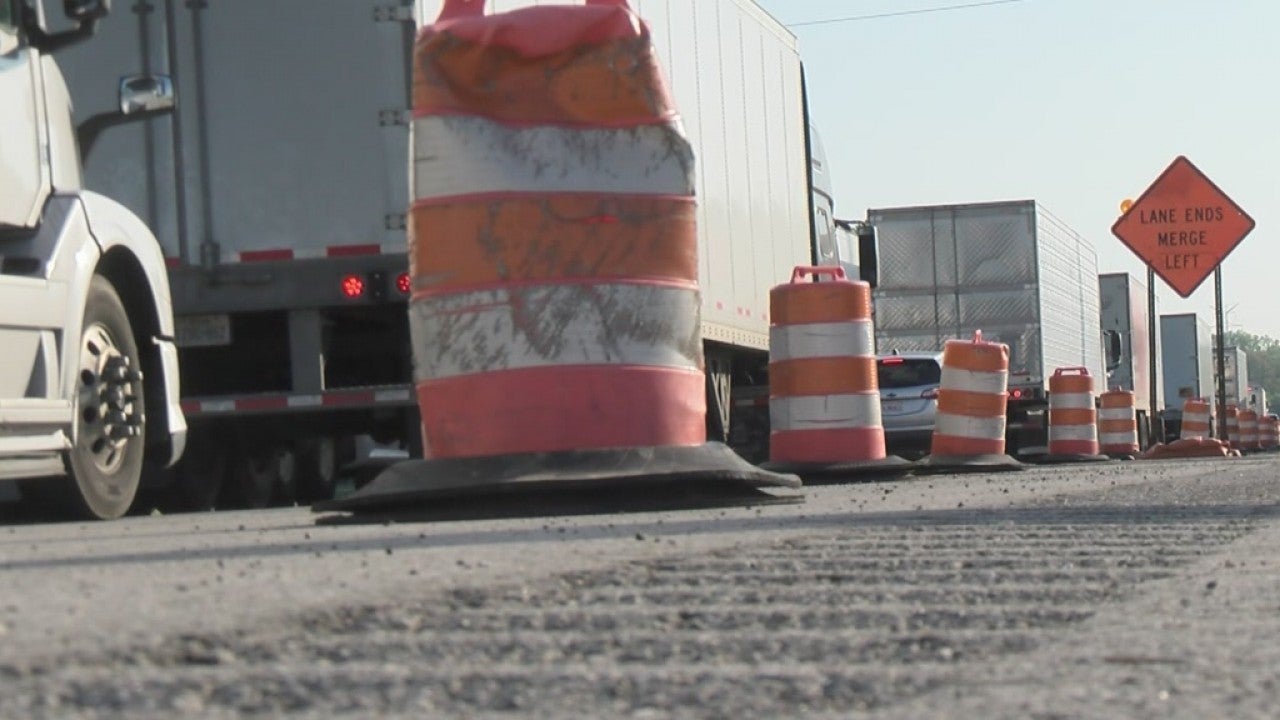 PLAINFIELD, Ind. (WISH) — Parts of I-70 in Hendricks County are now open after repairs were made to the road after it began buckling Friday, Indiana Department of Transportation said.

The right lane in each direction on I-70 between mile markers 66 and 68 were closed as workers repaired the buckling pavement.

As of Saturday at 10 a.m. the lanes were reopened.

Indiana Department of Transportation says they’ll be out on Interstate 70 at 7 a.m. Saturday to fix the road after it was restricted in both directions west of Indianapolis in Hendricks County.

Motorist Dale Craig said, “I was glad that I was coming over the top of it instead of traveling either east or west on I-70 because, in either direction, it went as far as you could possibly see. … That’s not a good place to be stuck at this time of day.”

The buckling due to settling pavement was initially reported about 2:45 p.m. Friday between Center Street and the State Road 267 exit near Plainfield.

“It’s hot. Your car almost overheats,” Jackie White said. “We were low on gas so that’s why we pulled off … and it was not fun.”

Just to make it 2.5 miles on I-70 from Ronald Reagan Parkway to Quaker Boulevard, many people said they took from 20-45 minutes.

INDOT said it is working with the road-work contractor, Milestone Constractors, to mobilize and make repairs to the settling pavement. They hope to be finished by 2 p.m. Saturday.

The road work, part of a $5.3 million project, began in early May, INDOT said. The project includes concrete patching from state roads 39 to 267 and resurfacing from State Road 267 to the Ronald Reagan Parkway exit. The project is scheduled to be completed by Sept. 30.