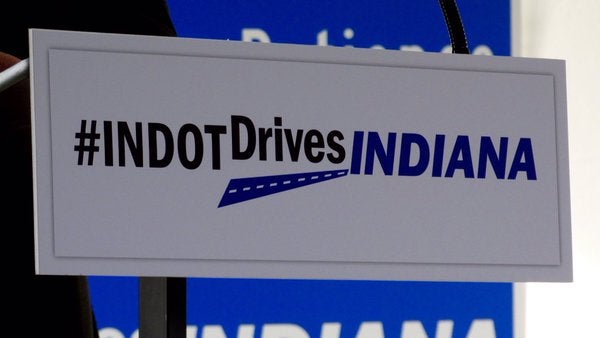 They met at the project site at 106th Street in Fishers. where INDOT will start construction on a new I-69 interchange.

INDOT announced that they are launching #INDOTDrivesIndiana, a push to keep Hoosiers involved in the construction process.

According to the release, the campaign comes with an online interactive map that shows what projects are currently under construction in real-time. The campaign also includes web pages for each project, project profiles on social media and signs for motorists.

“#INDOTDrivesIndiana is about making sure we’re giving drivers the information they need to avoid backups, plan detour routes and keep the construction season stress to a minimum,” INDOT Deputy Commissioner Ryan Gallagher said.

There are more than 770 road and bridge projects scheduled for the 2016 construction season.

“With more than $850 million of investment planned in Indiana’s roads and bridges in 2016, INDOT is moving aggressively to modernize our state’s infrastructure,” Lt. Governor Eric Holcomb said. “This year’s projects, coupled with more than $3.2 billion invested since Governor Pence took office in 2013 has Indiana well positioned to remain the Crossroads of America for generations to come.”

According to INDOT, the 770 projects will include: