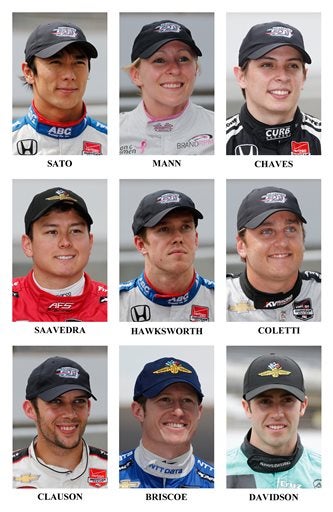 INDIANAPOLIS (AP) – Indy 500 rookie of the year Gabby Chaves has been fined $10,000 and put on probation for six races after hitting a crew member with his car in Sunday’s race. Half of the fine was suspended.

Series officials also fined James Davison $10,000, with half suspended, and put him on probation for six races because of an unsafe release from the pit box that led to contact with two crew members.

Race winner Juan Pablo Montoya and Stefano Coletti were each fined $500 for running over air hoses, and a crew member for 2014 Indy winner Ryan Hunter-Reay was fined $500 for not wearing gloves.