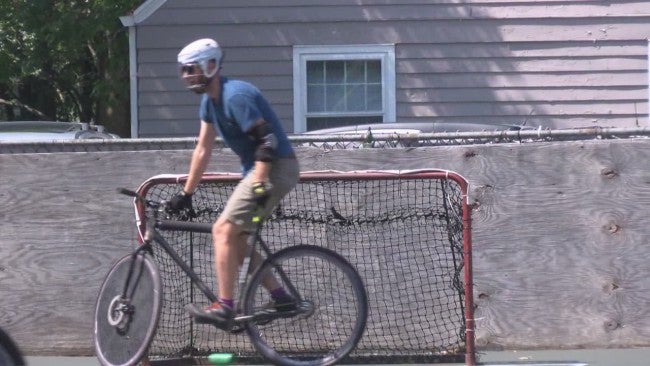 INDIANAPOLIS (WISH) — The sport of polo was played in Indianapolis on Sunday, but the horse power involved was man made.

Every Sunday, bike polo is played on the tennis courts at Arsenal Park.

The games, which are open to anyone who wants to play, are put on by the Indy Bike Polo organization.

The group was formed in 2009 and is supporting a game that actually dates back to the 1800s.

The Indy Bike Polo club is one of nearly 200 similar groups across the country, and there are dozens more around the world.

The group meets on Tuesdays and Thursdays at 6 p.m. and on Sundays at noon at Arsenal Park.