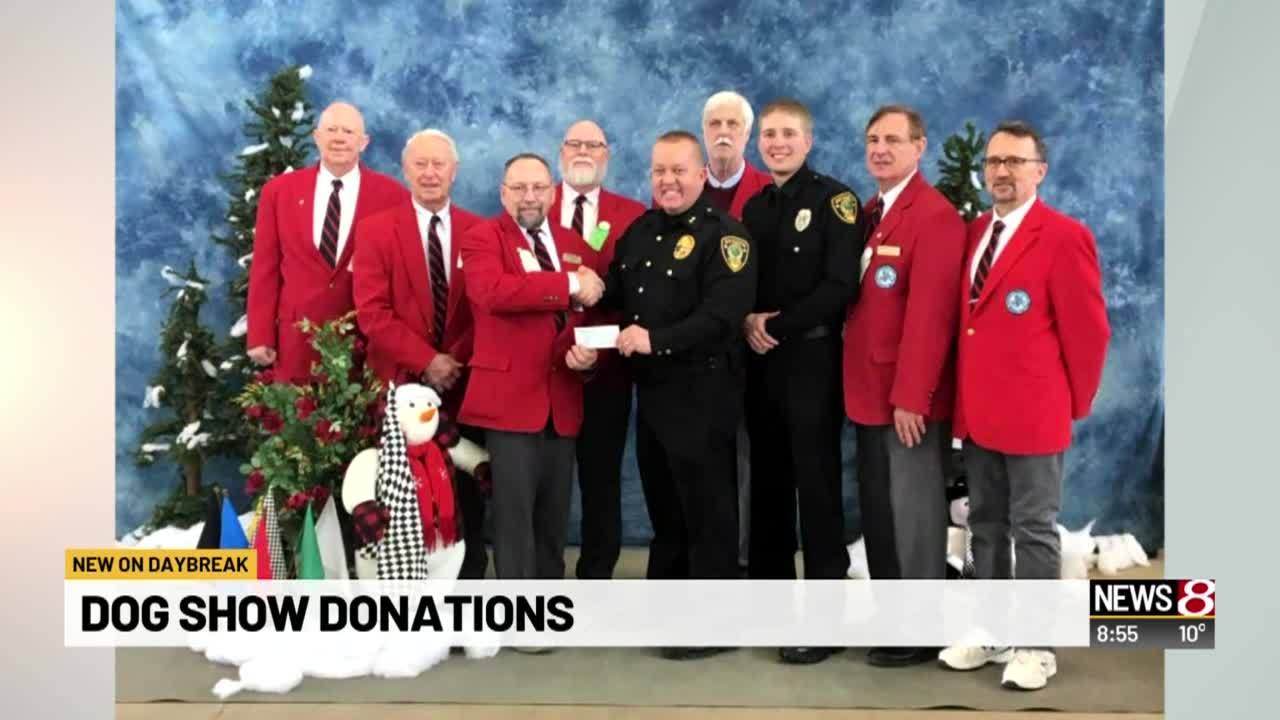 This weekend the Hoosier Kennel Club is donating $1,000 each to the New Palestine and Fortville Police Departments to help them fund the purchase of a new K-9 officer.

Both departments have been raising money for weeks. New Palestine PD’s target goal is $20,000, which includes the dog, training, equipment including a K-9 friendly vehicle cage and veterinary care.

“This is the biggest community initiative that our police department has undertaken in recent memory,” writes officers on the NPPD’s Go Fund Me page.

NPPD’s K-9 will be dual trained to track suspects and find missing people as well as detect narcotics, according to the page. The dog would also be available to help neighboring agencies.

The Fortville Police Department had a K-9 officer in 2012 and retired her after an officer was ambushed and she suffered from anxiety, according to the FPD’s Go Fund Me page.

“We have decided that now is the time to re-introduce a K-9 program back to the police department,” writes the officers, noting the current opioid epidemic and the large population growth in Fortville.

The Indy Winter Classic Dog Show runs through Sunday in the West Pavilion at the Indiana State Fairgrounds.