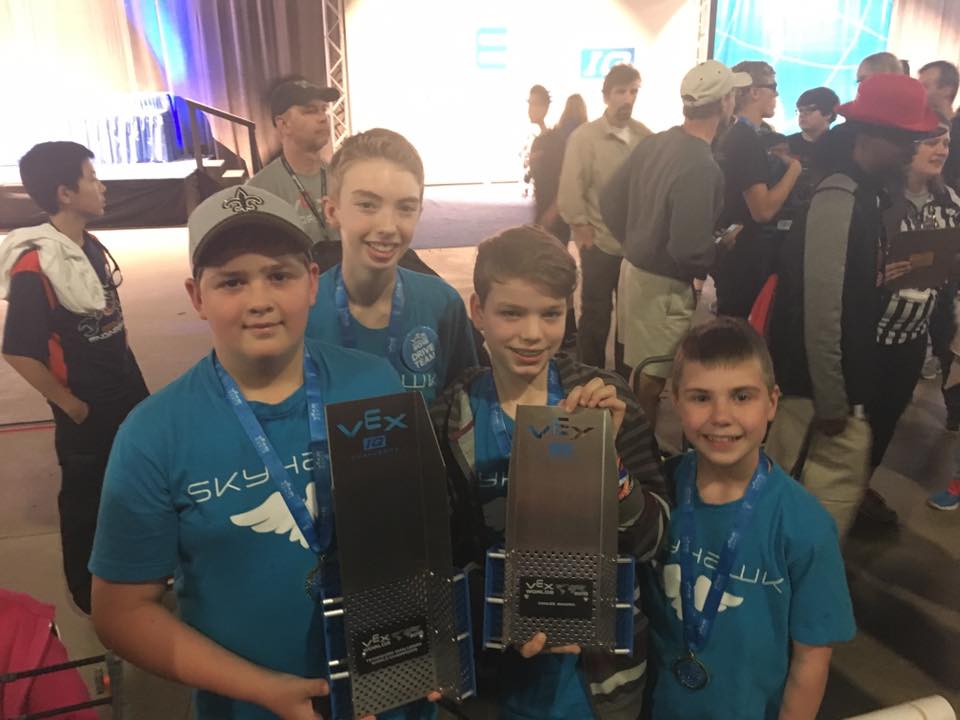 INDIANAPOLIS (WISH) – It was a victory for Indianapolis’ 323S SKYHAWKS at the 2016 VEX Worlds Robotic Championship.

The 323S SKYHAWKS took the middle school Vex IQ World Championship title. They also won the Amaze Award for design of their robot.

Each year, the world championship winner is determined by the final score of paired-up teams.

The 323S SKYHAWKS paired with 10543C Bestic C from Shanghai, China, and they received a perfect score of 173 points.

The overall event was certified as a Guinness world record for the largest robotics event ever. It included over 1,000 teams from elementary school through college. The event was in Louisville, Ky at the Kentucky Expo Center from April 21 through April 23. Countries from around the world participated.

Mayor Ballard also attended the event over the weekend and spoke at Freedom Hall.

323S SKYHAWKS is a middle school robotics team within the Cornerstone Robotics Club in Indianapolis.

Members of the championship team are: