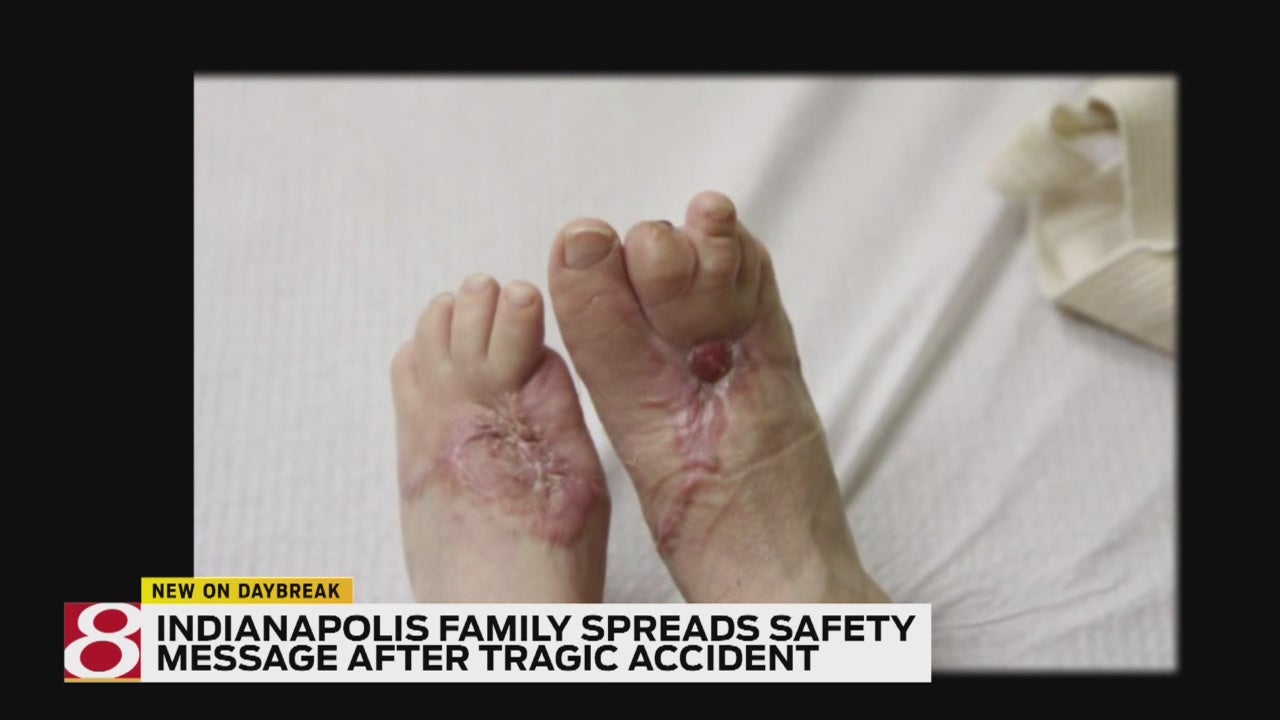 INDIANAPOLIS (WISH) — As spring gets into full swing, one central Indiana family is issuing a warning to others with young children.

Each year more than 70,000 people are treated in emergency rooms for lawn mower injuries, according to the Consumer Product Safety Commission. About 100 deaths are reported each year, as well.

Keaton Von Buchler was just three years old when his feet were mangled in a lawn mower accident.

His family said it’s a miracle he survived the accident, but they want to make sure something like this doesn’t happen to another family.

“I was just cutting the grass, like any other time… And just all of a sudden he was there,” Justin Von Buchler said.

“It sounded like a wood chipper, in my backyard,” mother Holly Von Buchler said.

In a split second, 3-year-old Keaton ran behind his dad just as he put the riding law mower in reverse. Holly had went inside the house to use the restroom and left Keaton playing behind a shed.

Justin didn’t realize what he had run over, until he saw Keaton lying in front of him.

“To think that I changed his life forever and that he wasn’t going to have a normal life, is really hard as a dad,” Justin said.

Doctors immediately determined Keaton would lose his feet, but once in surgery, the plans changed and they decided to put his feet back together. He spent 14 days in the hospital, undergoing surgery about every 48 hours. He lost a big toe and some bones.

Now the Von Buchlers are using Keaton’s second chance at life to raise awareness about lawn mower safety, a goal, so to speak, for this soccer-centered family.

“Seeing people post pictures on Facebook of their child on a lawn mower or pictures of them pushing their toy lawn mower next to daddy… It’s really cute, but you have no idea how quickly it can change,” Holly said.

Keaton and his two sisters are now banned from the backyard when Justin tends to the task.

“We are definitely a lot more cautious and careful about not having the kids outside when we’re cutting the grass,” Justin said.

The Von Buchers are asking all parents to play it safe during the mowing season, so no one has to experience what Keaton did six years ago.Here are some tips to stay safe: