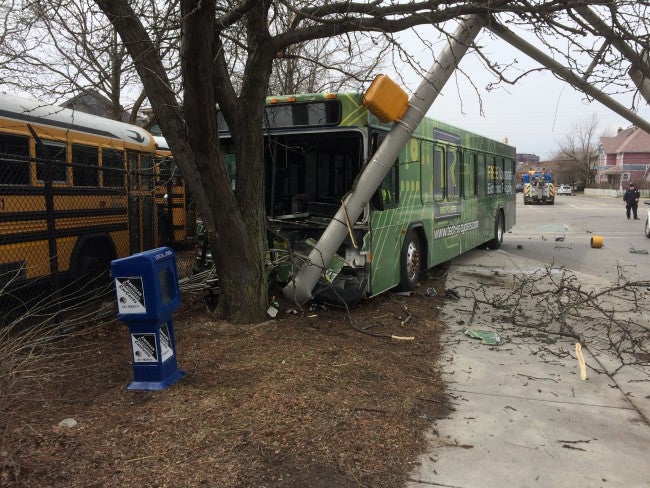 Police on the scene said that their preliminary investigation indicated that a white van disregarded a red light at 10th Street and struck the Indy Go bus.

Police report that there were approximately 20 passengers and no children were believed to be traveling on the bus.

There were 14 people transported to local hospitals for treatment. The driver of the bus was seriously injured.