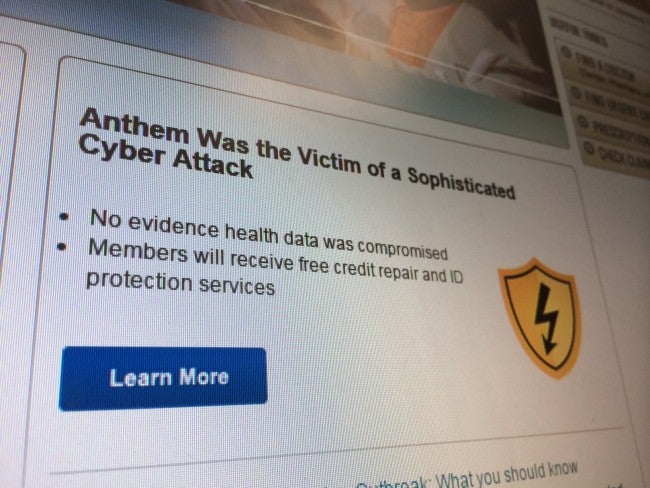 INDIANAPOLIS (WISH) – One of the first class action lawsuits against Anthem for a data breach was filed late Thursday afternoon.

Indianapolis law firm Cohen and Malad filed the lawsuit on behalf of not only client Karen Meadows, but anyone else across the country affected by the data breach. The suit claims Anthem breached customer’s trust.

“It’s easy to cancel a credit card – that’s not a problem. But you can’t cancel your social security number,” said Lynn Toops, an attorney with Cohen and Malad. “So this is a whole new set of issues that these people are having to deal with.”

Toops said the firm has been flooded with calls since the breach was announced earlier this week, including a woman Friday morning who just learned a fraudulent tax return had been filed in her name. The woman also believes a home loan may have been taken out in her name as well.

The lawsuit asks for full damages for customers for the hassles, stress and potential for identity theft they now face.

“We’re talking 80 million people whose names, addresses and social security numbers are now in the hands of thieves and they are going to be subject to and already are subject to identity theft,” Toops said “And, Anthem needs to make it right for them.”

Finance expert Peter Dunn said the breach is 1,000 times worse than the recent Target and Home Depot breaches combined. Dunn said the information stolen in the Anthem breach is the “skeleton key” to someone’s credit – everything thieves need to open a credit line. He urges everyone to place a security freeze on their credit – which prevents anyone from opening new credit lines in your name – calling it a good practice.

“It does not affect your current credit lines, it will not prevent you from getting a job or a house or a car or renting anything – you just have to make sure you unfreeze it before someone runs your credit to borrow money,” Dunn said. “It’s good practices and it’s not alarmist. I mean it truly is rooting out the problem at the base level.”

Placing a security freeze is free for Indiana residents and can be done with each of the three credit reporting agencies, or through the Indiana Attorney General’s website. A freeze can be temporarily or permanently lifted at any time.

Click here to find out more about a security freeze. Here’s the contact info for each of the three credit reporting agencies: