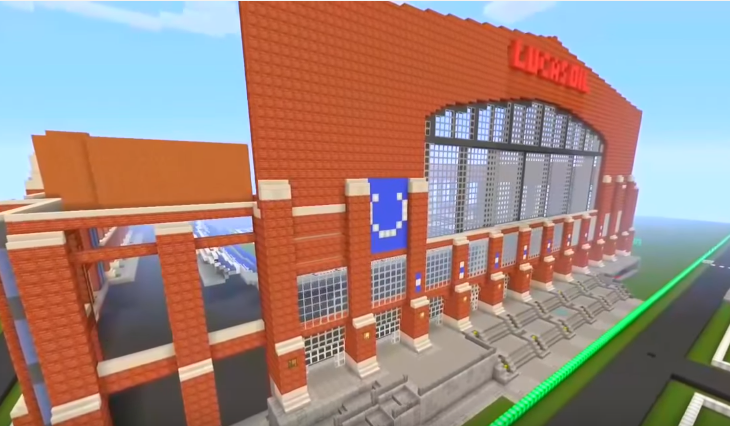 INDIANAPOLIS (WISH) — An Indianapolis man created an elaborate model of the city inside Minecraft.

Eric Morrow told 24-Hour News 8 that he and a friend spent about eight months building many of Indy’s iconic downtown destinations inside the popular video game.

The buildings were meticulously constructed block by block and are a perfect 3/5 scale, Morrow said.

“Minecraft is dimensionally based,” he explained in an email. “Each block represents one meter cubed. We had to devise a conversion from metric to standard measurements early on to ensure all buildings were to scale.”

The 2013 IUPUI graduate said he and friend Marcus Quick used Google Street View, Apple Maps and pictures of the real locations to ensure details were as accurate as possible.

“This started as an idea and the more and more we built we started recognizing the benefits of having a full manipulative recreation of Indianapolis,” Morrow said. “Imagine if Google Maps had an interface similar to our map? Directions, nationwide, would be as simple as exploring your favorite city or the road ahead by being able to fly around it.”

The pair created both a nighttime and daytime version of the city.

The evening version was uploaded to YouTube on Wednesday.

The daylight model video was put up back in April.