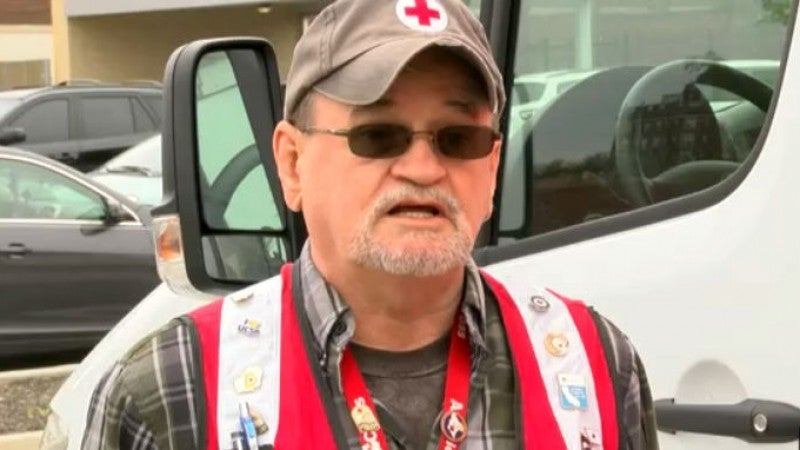 INDIANAPOLIS (WISH) — Hoosiers on Friday continued to lend a helping hand in the aftermath of Hurricane Michael.

The American Red Cross in Indianapolis will send a team to help in Florida. Husband and wife Judy and David Brown are to leave Saturday morning to lend a helping hand.

The two will fly to Raleigh North Carolina, pick up an emergency response vehicle and then drive to Tallahassee or Orlando. While in Florida, the two will hand out more than 600 hot meals a day to those in need.

Michael will be the sixth hurricane the couple has been deployed to. They were preparing for the worst.

“You have to be a good listener,” David Brown said. “Because people want to tell you their story; it makes them feel better knowing that somebody else will listen.”

“Those poor people they need us,” Judy Brown said. “We feel like if we can go down there and help them; it matters. There’s always something that you can do. Who knows, maybe we’ll need them someday too?”

The American Red Cross on Friday has 15 volunteers from Indiana who have either been deployed or who will be heading out to Florida in the coming days.

The Red Cross is taking donations in the wake of Hurricane Michael. Donors can designate their donation to Hurricane Michael relief efforts by choosing that option when donating. To donate, go online or call 800-733-2767.

Hurricane Michael has caused untold devastation along the Gulf Coast, and the Red Cross is helping as relief operations continue for victims of Hurricane Florence. For the second time in this current hurricane season, the Red Cross is helping thousands of people in the Southeast. Michael slammed into the Gulf Coast on Wednesday as the third-strongest hurricane in U.S. history.