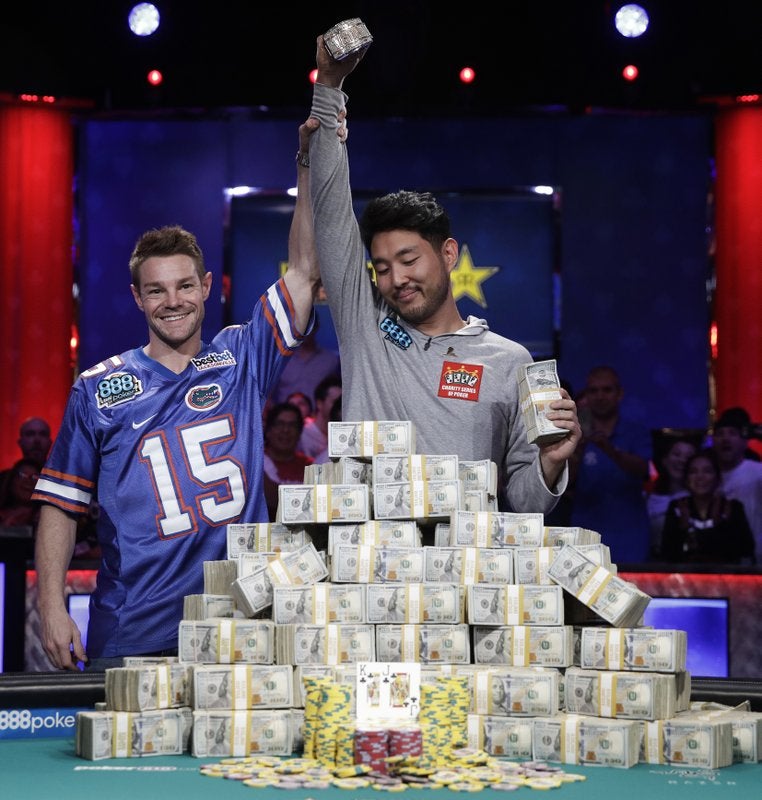 LAS VEGAS (AP) — An Indiana resident is this 2018 World Series of Poker champion.

John Cynn won the series’ marquee no-limit Texas Hold ’em main event Sunday in Las Vegas. The 33-year-old Cynn eliminated Tony Miles on the 442th hand of the final table, after playing almost 200 hands just against each other with bricks of $100 bills and a gold bracelet at the table.

Each of the nine players who made it to the final table was guaranteed at least $1 million. They represented the U.S., Australia, France and Ukraine.

The famed tournament this year drew 7,874 players who either risked $10,000 or earned a seat through satellite competitions with lower buy-ins. The series as a whole has seen more than 120,200 entrants so far, and organizers believe the weekslong event in its 49th year could go down as the largest ever.

Miles and Cynn had dozens of supporters cheering them on in the ballroom hosting the event at the Rio All-Suite Hotel and Casino near the Las Vegas Strip. The supporters sported T-shirts that read #TEAMMILES, Welcome to Cynn City and The Cynnaloa Cartel, playing with the name of the drug-trafficking organization Sinaloa Cartel.

“I wanted a little more, but it was pretty good. I can’t complain. Third place, that’s more than you can dream for when you start the tournament,” said Dyer, who won $3.75 million.