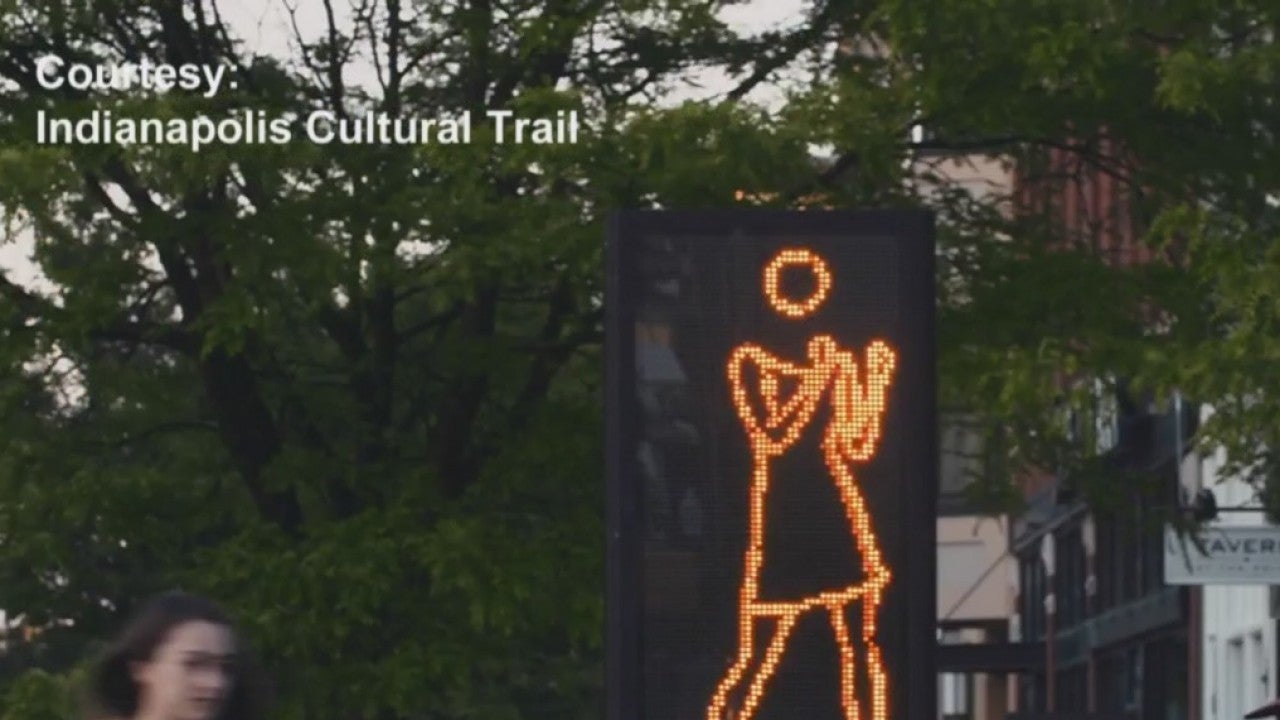 Ann is an electronic sculpture on the corner where Massachusetts Avenue and Alabama and Vermont streets meet.

The once-glowing light display, is now covered with signs that explain the campaign, “Keep Ann Dancing.”

Ann was created in January 2008 by London-born artist, Julian Opie.

The piece is in need of repairs and technology upgrades.

Now, there is a new push to help Ann get her groove back.

“We’re making some updates to her base so that they can fit the new structure, we have to make electrical upgrades to how she’s powered, changing out the power supply. So it’s a lot more than just changing out four panels. A whole structure is being replaced,” said Karen Haley, the Executive Director of The Indianapolis Cultural Trail.

The structure’s technology hasn’t been upgraded in more than 10 years.

The fundraising goal for the Indianapolis Cultural Trail is to raise $262,800 by June 29 in order to get Ann back on her feet.

From weddings, candid photos, to a dance off with 2019 Indianapolis 500 winner Simon Pagenaud, “Ann Dancing” is a well-known piece of art in downtown Indy.

Some people have their own theories as to why “Ann Dancing” took a break.

“I honestly think that she got stolen,” said Indy resident, Ali Houston.

Haley said $150,000 of the money raised will go towards the replacement of Ann. The rest will go to maintaining her in the future.

Indy residents will miss her presence and hope she doesn’t sit out too long.

“It’s a bummer. I hope people do come together and help keep her going,” said Indy resident, Lisa Bracken.

“It draws attention and I think in a city like this, we need that. You know, we are a growing city, and she’s part of the city,” said Indy resident, Joshua Lyerla.

Haley urges residents to use the hashtag #KeepAnnDancing during the month of June.