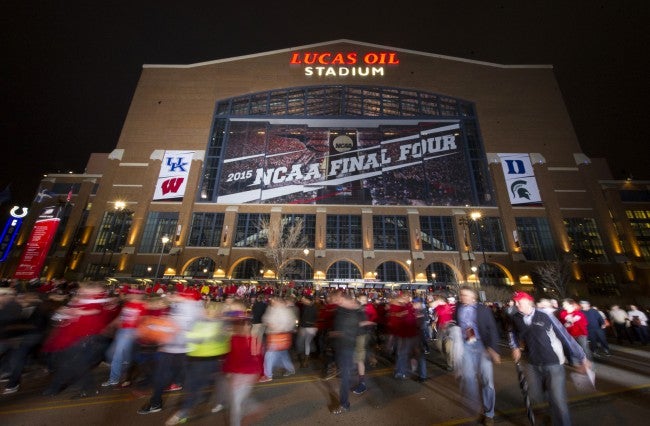 INDIANAPOLIS (WISH) — The Final Four weekend is getting high marks from visitors who came for the festivities.

From concerts at White River State Park to family fun at Fan Fest and street entertainment on Georgia Street, many say the city went above and beyond.

Some visitors said Indianapolis gave other Final Four host cities a run for their money.

Despite all the controversy leading up to the big weekend, Indianapolis proved Hoosier Hospitality is alive and well.

“If America were rebuilt from scratch and the government gave the NCAA a chunk of land and a bunch of money to construct a city whose only purpose would be to host the Final Four, the result would be Indianapolis. This is the seventh Final Four the city has hosted since 1980, and at this point, it’s got it down to a science. It’s big enough to accommodate the massive crowds the Final Four brings, yet small enough that everything important is within walking distance. Hosting the Final Four is an enormous deal to Indianapolis residents, and the entire city strives to show visitors a good time. Lucas Oil Stadium was built with the intention of hosting many Final Fours, the NCAA has its headquarters in Indianapolis, and the city lies in the heart of one of the most basketball-crazed parts of the world.”

Other cities are closing the gap, but right now Indy’s the best place in the US to have a Final Four. Brilliantly done by city and NCAA.- John Gasaway (@JohnGasaway) April 7, 2015

Can’t say enough good things about Indianapolis as a host city. They killed it. Blew Dallas out of the water- Ian Kenyon (@IanKenyonNFL) April 7, 2015

Businesses were also big winners during the weekend. Colts Grille owner said hosting the Final Four is like having a Colts game in town four days in a row.

The crowds weren’t only record breaking at White River State Park, but also at the convention center for Fan Fest. Visit Indy says the crowds for this Final Four could beat those from the last time the city hosted.

That’s a wrap for the 2015 March Madness Music Fest! HUGE THANK YOU to all you #FinalFour fans who jammed out with us the past 3 days!- NCAA Final Four (@FinalFour) April 6, 2015

Ticket prices for the title game dropped in price following Kentucky losing to Wisconsin. Creating a sea of blue and red in the stands Monday night. The short trip from Wisconsin brought in many Badgers fans who were just happy to be at the finals. Pep rallies and other events leading up to the game were packed.

Had a heck of a time last night at the #FinalFour in Indianapolis. Even got a smirk from Reece Davis!

The city also seems to be a good place for Duke as they took home their fifth NCAA Championship title. They have now won in Indianapolis three times.

While many Hoosiers can dream for a Final Four weekend every year, it won’t be till 2021 for the next big dance to come to town.

However, next year fans of basketball can welcome the women’s Final Four in Indianapolis at Bankers Life Fieldhouse. In 2017, the first and second rounds of the men’s tournament will be Indianapolis.