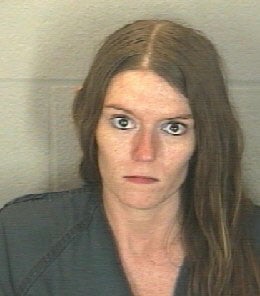 TIPPECANOE COUNTY, Ind. (WLFI) – An Indianapolis woman is charged after prosecutors say she was caught with drugs stolen from the West Lafayette CVS.

Ashley West, 26, has been charged with narcotic possession.

On Sept. 9,  a man walked into the pharmacy with a note, demanding drugs.

According to court documents, there was some kind of exchange between that man and another car.

That other vehicle contained West, Carlvion Gates and Meggan Parker. Those three led police on a pursuit along Interstate 65 that ended in Boone County, near Lebanon.

In the vehicle, officers allegedly found several medications with bar codes that proved they were stolen from the CVS.

West Lafayette investigators are working with Indianapolis police to arrest another person involved in the robbery.