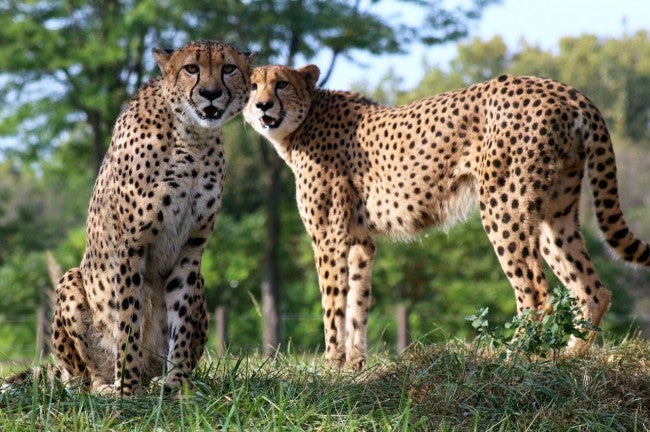 INDIANAPOLIS (WISH) – Visitors at the Indianapolis Zoo were instructed to seek shelter when it was reported that a cheetah escaped from the an exhibit on Sunday at 9:30 a.m.

According to an employee at the zoo, a “Code Red” was issued when a cheetah escaped from its normal enclosure, and visitors were instructed to seek safety and to stay inside buildings.

My friend is currently locked in the Indianapolis Zoo bathroom due to a “Code Red” cheetah on the loose alert. #sundayfunday– Patricia Ashley (@PAshleyWalden) September 6, 2015

The @IndianapolisZoo is on lockdown. Zoo workers confirm animal is on the loose, but won’t say what animal. @WISH_TV pic.twitter.com/isWbZapN2N– Nina Criscuolo (@Nina_Criscuolo) September 6, 2015

“First, I want to report that all of our guests, all of our staff and all of our cheetahs are safe,” said Judy Palermo with the Indianapolis Zoo.

Palermo went on to explain, “What happened was one of our cheetahs was able to somehow get out of the main enclosure and go up behind the fence and was laying in some landscape behind a barrier between the exhibit and guests.”

While this was occurring the zoo issued a “Code Red,” which alerted the entire zoo that an animal had escaped.

The cheetah that escaped is a 4-year-old male named Pounce, zoo officials said. He is new to the Indy Zoo, having recently transferred from the San Diego Zoo.

Cheetahs are the fastest land animals on the world.

“That’s scary because it could eat people,” said Ondria Glenn, a young girl who was visited with her family.

No one was allowed to leave or enter while the zoo was in a “Code Red.”

Palermo said, “Our emergency response team went to the cheetah. The cheetah was still lying down in the landscaped area. They were able to dart it and sedate it. Once it was darted. It immediately went back down to the exhibit and went into holding on its own.”

The zoo was reopened once the lockdown was lifted. Cheetah: The Race for Survival exhibit, which opened in 2010, will remain closed and the cheetahs will stay indoors until the zoo is confident everything is under control.

The zoo is launching an investigation into the incident to make sure that all protocols were followed.

Inside INdiana Business / 31 seconds ago