INDYCAR driver goes from the speedway to the stage 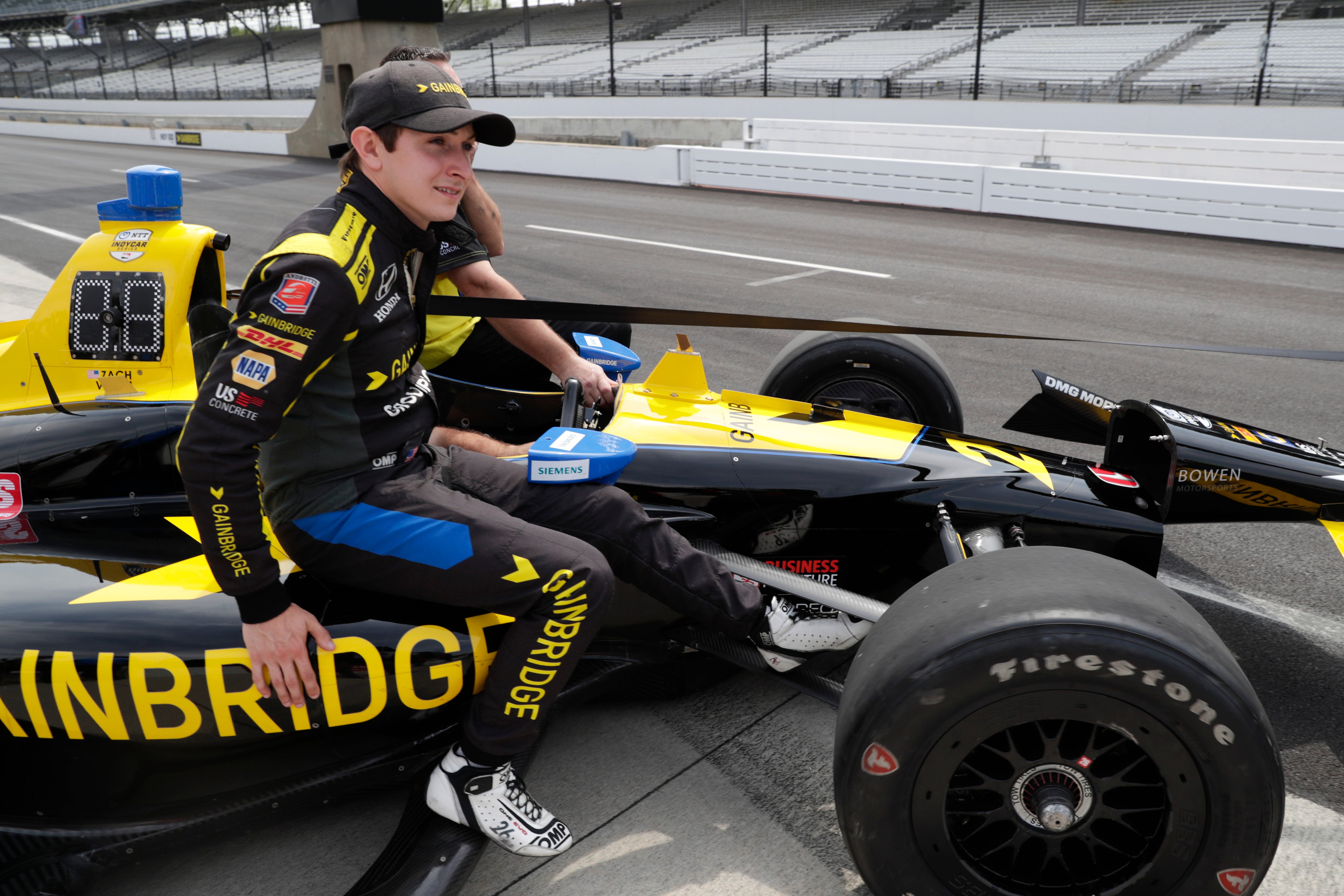 SPEEDWAY, Ind. (Inside INdiana Business) — INDYCAR driver Zach Veach shows confidence behind the wheel of the No. 26 Gainbridge car for Andretti Autosport as he motors past hundreds of thousands of race fans, but will he show the same poise in front of an audience on the opera stage?

The 24-year-old will make his debut next week in the Indianapolis Opera production of Gaetano Donizetti’s Elixir of Love.

“No, he’s never been on stage,” said David Craig Starkey, general director of the Indianapolis Opera, who came up with the idea.

The Indianapolis Opera calls the shows a “charming comic opera,” with a twist. The lead character, Nemorino, is smitten and will do whatever he needs to win the love of Adina. That’s where Veach (Mario) and his con-man partner come into the story. They’re selling a miracle elixir, a love potion.

“He sells his fake elixir as the cure-all for whatever ails you to raise money to fuel his car and his racing habit,” explained Starkey.

Veach doesn’t sing or have any lines for the performance. But the patriarch of the Andretti racing legacy has been known to break out in an aria.

“When I called him (Veach), he was like, ‘Oh, yeah, I totally get this. I’ve been around family events where Mario sings opera,’” explained Starkey.

Though the original opera is set in the late 1800s, Starkey has made the storyline more contemporary by adding the racing theme and placing it in 1910 Italy. He’s pulling together the international world of opera and motorsports in the same show.

“I actually spoke to Mario (Andretti) and his and his people, and he was very interested in doing it. But his schedule didn’t allow for it,” said Starkey. But he did support one of his racers to be in the program.

Mario Andretti grew up around and enjoying opera in his home country of Italy. After WWII, the Andretti family lived in a refugee camp in Lucca, Italy. Andretti’s father worked at a mechanic shop and at a local opera house to make extra money. That’s where Mario developed his love of opera and formed his passion for cars and racing.

Beyond Veach’s performance, the opera will include a vintage 1909 Maxwell, provided by the Indianapolis Motor Speedway Museum. It was built by the Maxwell-Briscoe Co. which produced autos in the city of New Castle in the early 20th century.

Veach will perform November 15, 16 and 17 at the Tarkington Theater at Carmel’s Center for the Performing Arts.