IndyCar driver Robert Wickens breathing on own after wreck 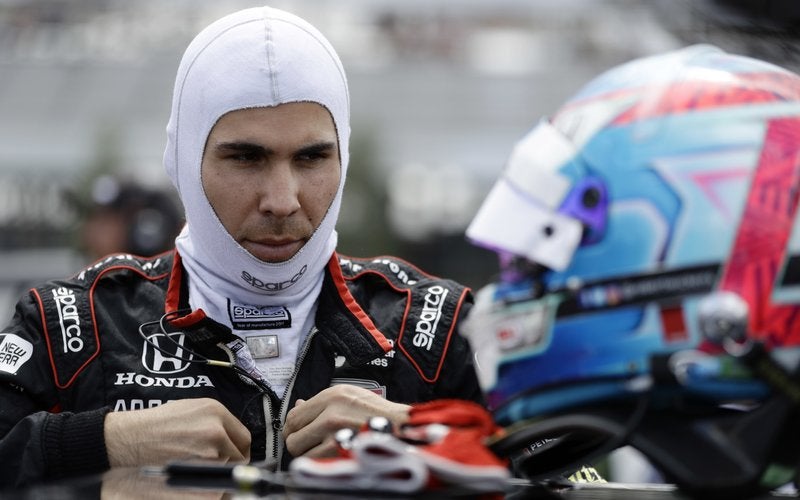 MADISON, Ill. (AP) — IndyCar driver Robert Wickens was breathing without medical assistance and began speaking with his family Saturday for the first time since his harrowing wreck at Pocono Raceway.

Schmidt Peterson Motorsports made the announcement shortly before the start of the IndyCar race at Gateway Motorsports Park. The team is only fielding James Hinchcliffe’s car for Saturday night’s race, though a backup No. 6 car that Wickens had driven this season was parked outside the haulers.

Many drivers, crew members and fans were wearing “RW6” hats and T-shirts as they signed a “Get Well” sign in the paddock, and cars were carrying stickers that read “Better Stronger Faster.”

“The team has a very strong character, a very strong culture. Everybody rallies around and rallies through it,” Schmidt Peterson general manager Piers Phillips. “The general spirit was been awesome and that’s something here at SPM we’ve always tried to build from the start of the season.”

Wickens crashed early in last Sunday’s race at Pocono, touching Ryan Hunter-Reay and hurtling into the catch fence. The Canadian driver’s car was shredded and debris scattered across the track in a wreck that involved five cars but only left Wickens with serious injuries.

He was airlifted to a hospital and has undergone a series of surgeries, including a procedure to insert titanium rods and screws to stabilize his fractured spin. Wickens also had surgery late in the week on his extremities, and will require additional surgery and rehabilitation.

The outpouring of support for Wickens has extended far beyond IndyCar, which is hardly surprising given his extensive racing experience. Among them have been Tweets from former Formula 1 drivers David Coulthard and Mark Webber, and another from Alex Zanardi, who posted a photograph on social media of a banner he had signed with members of his touring car team.

Zanardi, who won back-to-back CART titles in the 1990s, was involved in a near-fatal crash in Germany in 2001 that resulted in amputations to both of his legs.

IndyCar President Jay Frye has praised the way the new generation of car handled the impact of Wickens’ wreck. But he also acknowledged that improvements could be made not only to the car but also to the fencing at tracks and the way information is relayed to the public after major incidents.

The series was criticized for the time it took to announce Wickens was alive and alert.

“This new kit has the driver-side impact pieces that we think was an important element to the way the car held up,” Frye said this weekend. “There were also five or six other things that we’ve done to the car over the past few months, safety updates, and again they did their job.

“But as I say, we’re never satisfied. Driver safety is our number-one priority.”

Hinchcliffe was hit in the hands by debris from Wickens’ wreck, resulting in a fractured finger and trouble making a fist. The swelling had subsided by the middle of the week, though, and Hinchcliffe said he wasn’t concerned about missing the race at Gateway.

“They’re OK. A little sore, a little swollen, but honestly they feel great in the car,” he said, showing off compression gloves he was wearing under his race gloves. “Once we got in the car and I was able to grab the wheel, nothing was too sore. Thankfully we’re only turning one way.”