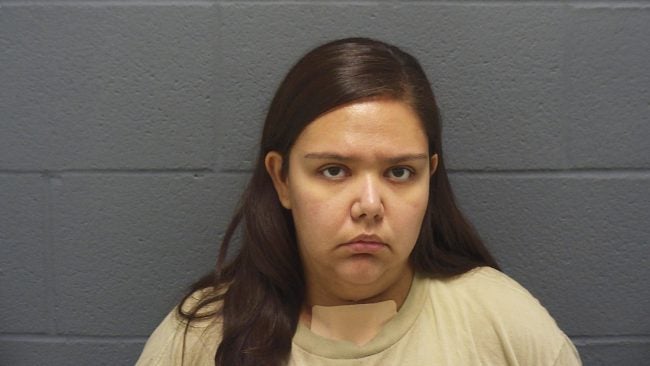 CRAWFORDSVILLE, Ind. (AP) – An insanity defense is planned for a central Indiana woman who admitted fatally stabbing her young son and daughter.

Thirty-year-old Brandi Worley of Darlington has pleaded not guilty to murder charges. She was treated for self-inflicted stab wounds to the neck after the Nov. 17 attack that left 7-year-old Tyler and 3-year-old Charlee dead.

Her lawyer recently made a request about the planned defense. A mental evaluation must be completed this month. A competency hearing is set for Aug. 7.

Court documents said Worley told police she used a combat knife to kill the children and stab herself because she didn’t want her husband to take their children.

Her husband, Jason Worley, had filed for divorce. He told officers he was asleep downstairs when his wife attacked their children.