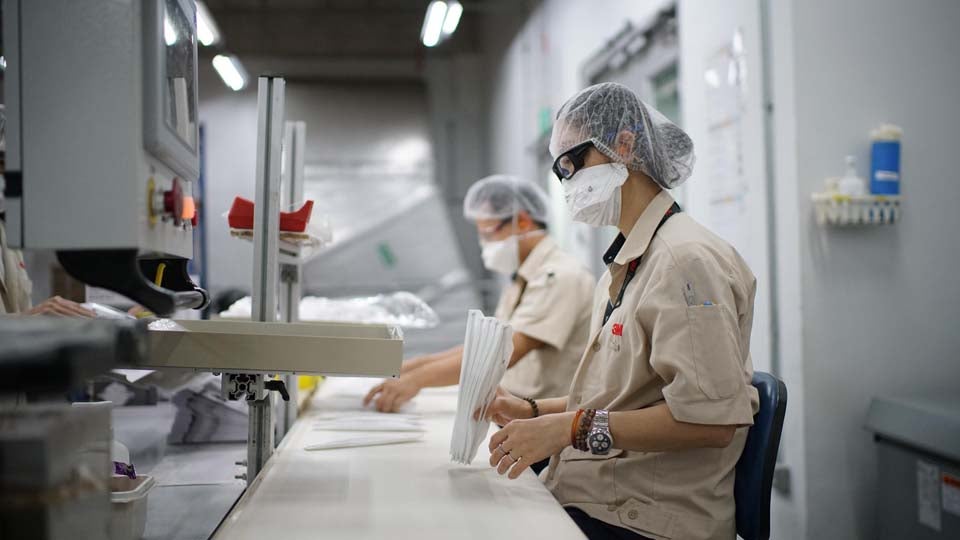 INDIANAPOLIS, Ind. (Inside INdiana Business) – Minnesota-based 3M Co.’s (NYSE: MMM) Indiana lawsuit has been resolved. The company says the suits involved individuals who falsely affiliated themselves with the company while trying to sell N95 respirators to government officials. IIB reported the story in May.

The company says its claims against defendants have been settled through a consent judgment, a court-entered permanent injunction, and a payment to 3M for donation to a COVID-19 related charity.

“The resolution of this case has permanently stopped a scam that used 3M’s name and the promise of nonexistent N95 respirators to target emergency officials and profiteer during the pandemic,” said William Childs, 3M senior counsel. “We will continue our global fight against fraud and work with law enforcement to help punish bad actors.”

Defendant Zachary Puznak issued the apology below as part of the settlement:

“I would like to apologize to the State of Indiana, Luke Bosso, and the people of 3M. If I understood then what I understand now, I never would have gotten involved in this scheme. I have testified under oath that the people who contacted me were attempting to take advantage of my best intentions and use me as a vehicle for their attempt to commit fraud on the State of Indiana. Public officials and healthcare workers are heroes in this important fight. I have done and am going to do what is necessary to make this right. I am cooperating and have turned over all my communications with the architects of this scheme to 3M, who will share them with law enforcement. I have also sat for a deposition to tell my story on the record to help educate the public officials, health care administrators, and the general public to ensure they do not fall victim to a similar scheme in the future. I am committed to assisting 3M and law enforcement to see justice served.”

As part of the lawsuit, 3M says Puznak produced documents consistent with his testimony that he was himself deceived by those he called the architects of the scheme. Puznak testified that he was used by the architects to defraud state officials out of more than $14 billion for N95 respirators that did not exist.

3M says it intends to pursue additional court action against the other individuals identified in its investigation and in Puznak’s testimony.

3M says it has not, and will not, increase the prices of its respirators as a result of the pandemic. The company has filed 17 lawsuits in the U.S. and Canada to combat fraud.