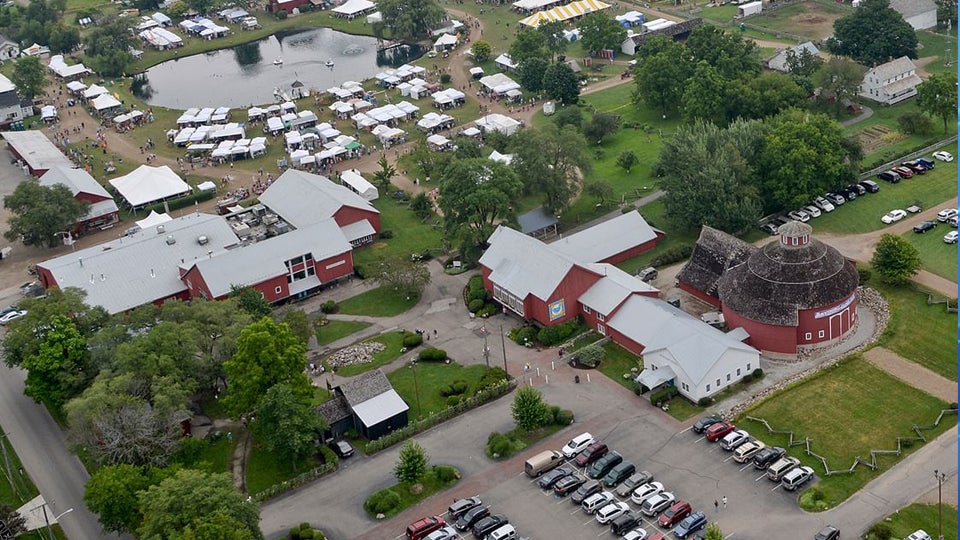 NAPPANEE, Ind. (Inside INdiana Business) — The tourist attraction in northern Indiana once known as Amish Acres will reopen in April with a new name and additional offerings. The new owners, including former U.S. Congressman Marlin Stutzman, this week unveiled the rebranded name: The Barns of Nappanee, home of Amish Acres.

“The Amish Acres name is going to remain a part of the property’s brand, but The Barns at Nappanee name will give it a fresh focus and highlight the historic barns that have been enjoyed by so many people for so long,” explained Stutzman.

The complex sold at auction last month for approximately $4 million, including the Amish Acres business, the Round Barn Theater, an inn, and several other buildings.

Stutzman says the 400-seat restaurant will be operated by veteran South Bend-based restaurateur, the LaSalle Hospitality Group. The company plans to develop menu and buffet options to entice more repeat visitors to the establishment.

“Our brand has been built on foodservice excellence for the past 29 years and we are happy to have this chance to grow and expand our company into a regional brand,” said Mark McDonnell, founder and chief executive officer of LaSalle Hospitality Group. ”I have long wanted to become a part of Elkhart County and though I always thought it would happen in the city of Elkhart I am very excited with the possibilities here in Nappanee.”

The Amish Acres restaurant was known for its homestyle meals. McDonnell says they plan to offer some of the traditional menu items, but it intends to add offerings more in line with his higher-end restaurants in South Bend.

Stutzman says they also intend to embrace the farm to fork concept by sourcing as many local ingredients as possible.

Theater productions will continue inside the historic round barn. It’ll be managed by the Legacy Theatre Group, which includes Stutzman’s wife, Christy.

“My husband took me to a show at the Round Barn Theatre on the night he proposed, so naturally this place, and now this project, mean a great deal to me personally,” said Christy Stutzman, of Legacy Theatre Group

The former owners, the Pletcher family, built the business during a 50-year run. The family announced late last year it was time to retire and sell the property. Unable to find a buyer, the property went to auction.

“While the Barns at Nappanee will continue to be an attraction for travelers from all around the country, there will be an increased focus on the establishment of new facets of the property that will have a direct appeal for locals as well,” Stutzman said.

The owners say they intend to have a soft opening on Easter weekend.